Microsoft and Citrix talk big as they look to increase their virtualisation market share against leader VMware. 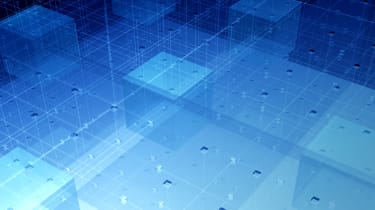 Microsoft and Citrix have come out fighting against rival VMware in the battle for virtualisation market dominance.

According to IDC figures at the end of last year, VMware held about 44 per cent of the market, compared to Microsoft's 23 per cent. Ahead of VMware's European conference this week, Microsoft explained why it thinks that's set to change.

In a conference call with Citrix about XenServer being offered for free, Microsoft's director of virtualisation strategy David Greschler said: "Version one of the virtualisation story is over."

"The next state of the virtualisation story, you assume the hypervisor is there. It's about what you build on top," said Greschler. Microsoft made its hypervisor the base virtualisation is built on free last year, in a move soon copied by VMware. Greschler said Microsoft's Hyper-V has been downloaded 500,000 times.

"We see virtualisation as more than just one level of isolation," Greschler said, explaining that Microsoft believes virtualisation should happen at the machine level, as well as with the operating system, applications and at the presentation level, such as with virtual desktops. "It's essentially a component of every type of operation you might do in your computing scenario," said Greschler.

And this is where Microsoft believes it has strength in the market. "Without management, all this doesn't provide any benefits," Greschler said. "In the back, you need management to pull it all toghether."

He explained that IT administrators don't want to manage physical and virtual areas separately, saying that 99 per cent of the time "you don't care, you just want to manage your IT department."

Because of that, Microsoft is planning to ensure its management tools work with any hypervisor even rival VMware's technology. "We need to make sure our management can handle all those."

"Tied to that is interoperability. Not just managing Windows, but other operating systems like Linux," he added.

That view was echoed by Simon Crosby, Citrix's chief technology officer for the virtualiation division. "I do see a polarisation in the industry," said Crosby. "Our largest competitor appears to be focusing on a narrow propreirtary stack I personally believe that is a path that ensures that fails."

Greschler also claimed Microsoft's version of virtualisation will cost a third of that being offered by VMware and just a fifth of the costs involved for companies who already have Microsoft's operating systems in place.

Microsoft believes it stands to benefit from its brand's prescence across most corporations' computer systems. "If you know Windows, you know virtualisation it's just part of everyday IT," Greschler said.

"If you're already trained in Windows, there's no special training," he added.