Cybercrime: The challenges of the Police Central e-crime Unit

Charlie McMurdie repeats her call for vendor and industry cooperation, while F-Secure's CTO calls for cybercrime to be considered as serious as traditional crime. 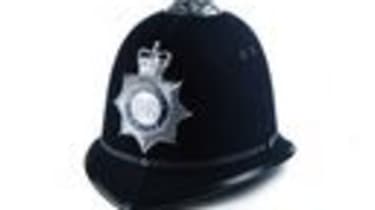 Politicians, industry leaders and law enforcement officials gathered today to discuss the huge challenges the Police Central e-crime Unit is facing as it prepares to go operational later in the year.

One of its biggest issues was amassing and collecting the huge amounts of relevant financial data around the country and making sense out of it. This arduous process was necessary to see how much internet fraud was actually taking place in banks.

Charlie McMurdie, Metropolitan Police Superintendent and joint-architect of the PCeU, was speaking to an audience at a Parliamentary Advisory Forum for e-crime reduction which included ex-home secretary David Blunkett and Microsoft chief security advisor Ed Gibson.

She said: "I've got staff embedded into the City of London to ensure that not only with the National Reporting Centre do we paint a picture of how much internet fraud is taking place, but that data is collated from around the country is in a format that we can do something with."

McMurdie said that the PCeU (which only carries around 30 staff) was also trying to increase the mainstream technical ability of the 140,000 police officers throughout the country. She added that the internet was virtually now an integral part of every crime that took place.

"If you walk into my local police station and say your server's suffered a denial of service (DoS) or picked up some malware, they wouldn't have the foggiest of what you are talking about," she said.

"We need - from the ground up, from the person you first meet and speak to, through to the cops that are investigating crime where the internet played a part - to increase our capability in sensible accredited manner... So you know that you have the same standard of response, anywhere you go in the country."

McMurdie repeated the plea she made talking to IT PRO last month, asking that vendors and the industry play a major part, because police don't have the resources or technical capability to deal with the whole problem alone.

F-Secure's chief security officer (CSO) Mikko Hyponnen also spoke at the meeting. He detailed how his company worked with the Metropolitan Police to deal with an international ring of criminals that had members in the UK, Canada, Saudi Arabia and Finland.

Some of those involved have already been convicted, with other court cases ongoing. However, he said that legislation may have to be changed as cybercrime was not thought of as as serious as real' crime in many places.

Hyponnen gave the example of a cybercriminal nicknamed Ovaski in Finland who was found guilty of being paid to write viruses against corporations for a professional gang. In July, Ovaski received just 108 hours of community service.

"No jail time," said Hyponnen. "They didn't even confiscate his computer, only the hard drive. This is one of the key problems. Having sentences like this in developed Western nations, we're sending a [bad] message."