One year ago today Windows Server 2008 was released to a waiting tech world. We take a look at how it’s done. 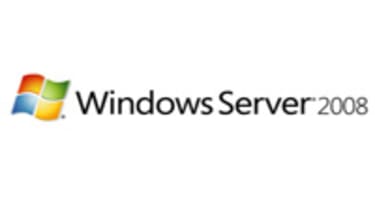 "Those who are into the religion of it have taken to it with glee especially all the HyperV stuff and the version that has no UI," he said. "And if you've prepared to exploit the new stuff, then you'd have had a very good time."

The problem for Windows Server has certainly not been one of perceived reliability, but rather of the amount of commitment required to move over.

"It's a release with a reputation for being solid and very calm, and that's a reputation that deserved," added Honeyball. "The problem is that it's a step change. Lots of people have been very happy with the Server 2003 and Exchange Server combination, but moving to Server 2008 is a bigger step than it was from moving from NT4 to 2000."

Nathaniel Martinez, programme director for IDC's European enterprise servers arm, agrees. "The biggest stumbling block of any version of Windows is the previous version. We've done a bit of research and a lot of companies are looking to the second version."

By second version, Martinez is referring to the Revision 2 or the R2 release. This is based on Windows 7 code and though it's being billed by Microsoft as a minor release it will bring some major enhancements with it. It will support up to 256 CPUs up from a 64 limit, will be 64-bit only and on the Hyper-V side will offer Live Migration of virtual machines a feature that was meant to be in Hyper-V originally but was dropped to ensure the product shipped on time.

One feature that Microsoft's Hall is particularly looking forward to is a tie in to the Windows 7 client that will enable employees to access their files and folders remotely without having to use a VPN client a feature called Direct Access.

"We've had a huge number of clients asking about connecting to internal company files," he said. "We did this originally with Outlook Anywhere (from Exchange Server 2007) and now people want it for their files."

Some also believe that Windows Server 2008 R2 will benefit from the halo effect surrounding the positive buzz around Windows 7. However, Honeyball believes that there won't be a link between the client and server, and that companies and will take a much more pragmatic approach.

"Moving both client and server systems would be a huge undertaking," he said. "You have to re-architecture networks and that's not something that companies are going to do overnight."

Mainsteam adoption around the corner?

Overall, with analysts echoing Microsoft's view on the benefits of Windows Server 2008, a year down the line it looks as though the company has got this one right. And, even if enterprises haven't moved to it on mass, when they do it will benefit both them and their employees, through cost savings and feature benefits for IT mangers and end users alike.

"Lots of people are doing interesting testing but those who have got, or have brought in the skills or are prepared to make the investments have seen great benefits," added Honeyball.

"Some are taking advantage of the integrated telephony and unified communications features, but it's not a simple step and some it requires investment some of which is hardware."

Companies shouldn't be put off by the initial costs involved and should take a look at the long term return on investment (ROI) said Hall, adding: "What we're finding is that once deployed a Windows Server 2008 is 20 to 30 per cent cheaper to manage per day!"

These come from what he calls subtle but fundamental differences from Windows Server 2003. "It's all feedback from 2003 IT managers showed us the problems they were having and the things they were less happy with," he said. "If you have to manage a server in '03, you have to do it in lots of different places but in 08 it's all in one place. It doesn't sound revolutionary but day-in, day-out, it makes a difference."

"It's amazing how fast a year has gone", added Hall. "I might even have a birthday cake on Friday!"