Which mobile platform is best for business?

With three main smartphone platforms taking up the lion’s share of business communications, it can sometimes be hard to decide which is best for you business. 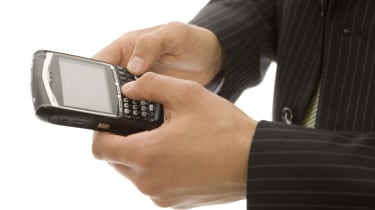 McCarthy explained how Windows brings together these two elements.

"Windows is the platform of choice for line-of-business applications for businesses who want to give their field-based' workers direct connectivity to business processes. If you've ever signed for a parcel on your doorstep directly on to a mobile device, it's almost certainly running Windows Mobile and is connected to very efficient processes that reduce cost and waste, while improving competitiveness of the delivery company as a business."

The question of openness is another important factor when considering which platform is best for business. The possibility of developing and more installing applications that benefit business means that a mobile phone can become an office on the move.

Application stores were one of the main talking points of Mobile World Congress last week, with companies including RIM, Microsoft, Google and Symbian launching or revamping an application marketplace in the face of Apple's version.

Hatton explained that this puts the vendors into a certain amount of conflict with mobile network operators who historically have controlled the sale of applications, at least to consumers.

Wood said: "Symbian's open source and open processes will encourage and support a much greater range of third party innovation, resulting in numerous new and improved enterprise applications and services. We're being transparent with our roadmap and decisions, as well as with our source code."

There are more than 18,000 known mobile applications available for the Windows Mobile platform according to McCarthy.

In Hatton's opinion, you have to go a long way to beat RIM, despite its application marketplace being one of the newest.

"Businesses benefit from a controlled ecosystem even if it means that some third-party innovation is lost. RIM's dominance of the enterprise space is based on tight control of the end-to-end user experience.The company has also recently been putting a lot of effort into extending the range of third party applications supported by their devices," he added.

When it comes to hardware range, Windows and Symbian lead the way, with a large number of manufacturers taking on the platforms.

"Windows Mobile offers a wide choice of devices, of all shapes and sizes some have keyboards, some have numeric keypads, some are even ruggedised' which makes them suitable for delivery drivers and other outdoor workers who need something tougher," McCarthy said.

Symbian has been taken on by Nokia, Samsung plus Sony Ericsson and this is set to increase too, with the formation of the Symbian Foundation that brings together major players including Nokia, Sony Ericsson and LG.

The three main smartphone platforms each have advantages; Blackberry's business-controlled environment gives IT managers complete control over features, whether it be synching or email, while Windows is the most familiar platform for those using PCs. Symbian has the support of major telecoms companies, but only time will tell if it can sustain its focus on business rather than consumer devices.

For the latest mobile phone news and reviews, check out Know Your Mobile.