Pico projectors are the new buzz word in mobile projection technology. Does this one from 3M live up to the hype? 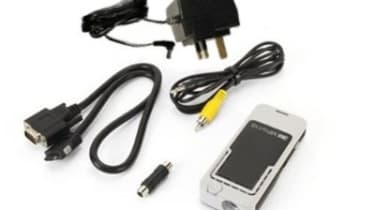 The life of the road warrior has never been a glamorous one. Lugging briefcase, laptop and projector around from sales meeting to sales meeting is enough to get even the most doughty of professionals down, especially when each item in that list can weigh in excess of three kilos.

With the advent of more affordable laptops at least one element in that equation has changed in the past year or two, but the projector has lagged behind. Even portable models tend to weigh more than 2kg, and once cables, bags and power adapters have been taken into account, the weight can escalate pretty quickly. 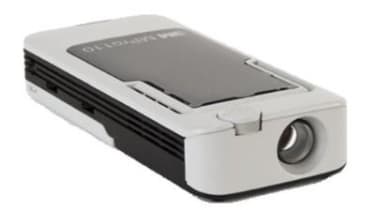 But things are about to change and mobile professionals now have a new breed of projector to choose from: bringing glitz and gloss to the world of mobile presentation is the pico projector.

Championed by several big companies at CES at the beginning of the year, they're the next must have. At the recent Mobile World Congress show, there were even some built into mobile phones."

Of the stand alone models, Aiptek and Dell were the first to offer them for sale; now 3M has come to the party.

Let's not beat about the bush here: the MPro110 is a miniature marvel, in every sense of the word. It measures 50mm in width, 115mm in length and is 22mm thick. To put that in perspective, its footprint is smaller than that of an iPhone and its height from the table no more than a slim novella. Its weight is equally inconsequential at a mere 160g less than some of the beefier Windows smartphones we've seen and its built-in 1,050mAh lithium ion battery means the only extra you need to carry with you (other than your laptop) is the VGA cable.

It's a simple thing, too, and apart from the lens at the front and focus wheel, control switch on the left hand side and input ports at the rear, there's very little story to tell. You simply plug the MPro110 into your laptop and off you go. There are no settings at all to fiddle with, other than the focus wheel. 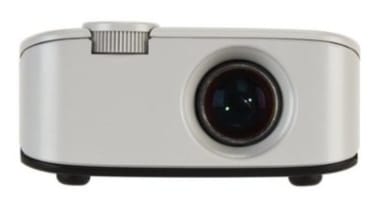 There's more to get excited about under the hood, though. Unlike the majority of portable and installation projectors, which are based on either transmissive LCD or Texas Instruments' nano-mechanical reflective DLP technology, the MPro110 boasts an 11.9mm LCOS (liquid crystal on silicon) chip. This works in a similar way to DLP, but instead of millions of tiny mirrors it uses liquid crystals directly applied to a silicon chip. These then reflect light just like the mirrors on a DLP chip.

It's all very exciting, but does it make sense practically? Can you really use such a tiny projector to make that all important sales pitch? Well, you'd certainly make a big first impact, and when you're searching for the finest edge over the competition that can be worth something. But that, alas, is where your client's positive inclinations would begin to turn negative. The reason? It's simply not very good.