An Ofsted report has suggested secondary students need to be more challenged in their IT studies. 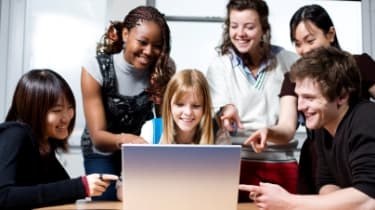 Despite the government investing some 2 billion in IT equipment and training for schools over the past decade, not all students are benefiting from technology, a new report has found.

According to the report by Office for Standards in Education, Children's Services and Skills (Ofsted), top students were not being sufficently challenged, with some spending more time showing teachers what they could already do than learning new skills.

The report said the most progress had been made at primary level, while secondary students had low standards in spreadsheets, databases and programming.

As has long been the case, the number of sixth form students continuing into computer studies is low, especially among girls. The number of girls taking an A-Level in the subject fell by 45 per cent from 2004 to 2007, while the rate of boys signing up fell 31 per cent.

Christine Gilbert, Her Majesty's chief inspector, said in a statement: "Around 77 per cent of the workforce now uses information technology in their job and the demand for these skills is likely to continue to increase."

"Schools must equip young people with the tools to ensure their employability," she added. "ICT needs to be given high status, both by the government and in individual schools, in line with its importance to young people's future economic well-being."

One reason students aren't keen on taking tech further is they're not challenged enough, according to Dr Andrew Tuson, the head of computing at City University London. "There's been evidence for a while that students are actually putting off doing IT degrees at a higher level because of an unchallenging environment," Dr Tuson told IT PRO.

He suggested this was because schools tend to teach how to use IT, rather than treat IT as a subject or a profession. "They're not introduced to what IT professionals actually do," Dr Tuson said.

"At a primary level, at that age it's appropriate to teach how to use computers," Dr Tuson said, saying secondary level students should learn more in-depth skills, including programming and databases. "Computers and IT could easily be the most interesting thing we teach students in school."