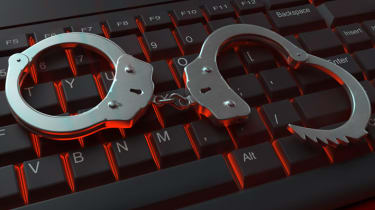 Amero, who was sick with heart problems and stress, was given the choice of defending herself or accepting a less serious misdemeanour charge. By this time she was too tired and wanted to get the case over with, so she accepted the charge, paid $100, and revoked her teaching credentials for life.

"It was unfair," Eckelberry said. "But on the other hand- she's done."

He said: "The images may get saved in your computer and someone could point accusingly at you. We know that there's spam and nuances, and you need real computer expertise.

"At this point it's like screaming witch, witch, witch! When you don't really know all the details," he adds. "Fundamentally it's what occurs in society when you have fear and ignorance in a situation.

According to Eckelberry, a big lesson from the case was that teachers needed to be trained in the IT skills of a modern technological world. Amero wasn't trained in computer skills and no idea what she was doing. Indeed, some would ask why, when faced with a barrage of pornographic popups in front of a class of children, didn't she simply turn off the monitor. She didn't because she believed that this would turn off the entire computer.

He said: "The woman is sitting there, trying to turn off these pop-up windows. At 10.30am she goes to the faculty building and asks if someone could turn off the windows. Don't worry about it' is the reply. We'll send somebody. No help ever came."

An ABC News audio interview with Julie Amero about the case is here.