Innovative hardware creations were showcased at this week’s DEMO 09 show in the US. 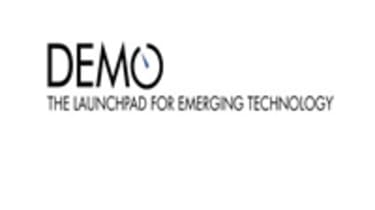 Perhaps most novel was a new type of reflective display technology called Mirasol, produced by Qualcomm MEMS Technology, a wholly-owned subsidiary of the eponymous telecommunications giant.

Based on bio mimicry in this case the reflective scales of a butterfly's wings Mirasol displays require no backlight and require roughly 40 per cent less power than is needed for traditional LCD displays. Plus, unlike LCDs, Mirasol displays retain their last image even after electrons stop flowing. Currently available in black-and-white versions for overseas markets, a colour version of the mobile-phone-sized screen should be ready by year's end.

Also promising is Always Innovating's Touch Book, which switches instantly between being a standard Linux netbook and a touch screen tablet computer. That's not so new, of course witness the plethora of tablet pieces that came out four years ago but the new rock-bottom price point certainly is novel: $299 for the touch screen device alone and $399 for the device plus it detachable keyboard.

Need a digital photo frame? The screen, which is magnetic, can stick to any metal surface, including a refrigerator. Expect the Touch Book to ship sometime this spring.

The final hardware item of DEMO at first blush looks like another "me-too" networked video camera. Technically, Avaak's Vue Personal Video Network is exactly that. But several elegant design features, plus astoundingly simple set-up that doesn't even require a computer, helps it elbow its way to the front of the pack.

The starter kit for $299 comes with a wireless gateway device, two tiny cameras, and a handful of round metal mounts to which each camera's curved, magnetised back latches. Additional cameras are $99; up to 50 of them can network through a single gateway.