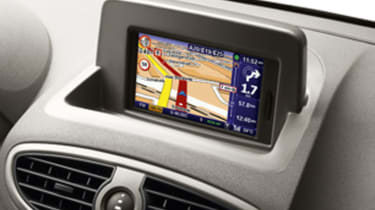 Over the last few years, Microsoft's chief executive Steve Ballmer has made a number of highly contentious claims that Linux uses "our" - meaning Microsoft's - "intellectual property", and infringes as many as 235 Microsoft patents.

Last week it was revealed that Microsoft had filed an action for patent infringement against TomTom, the Dutch manufacturer of Linux-based GPS navigation systems, and many have seen this move as the opening skirmish in a coming patent war.

Although the action isn't against Linux, it is implicated in two of the eight patents for which the claim is made. These two US patents, #5,579,517 and #5,758,352, bear the titles "Common name space for long and short filenames", and are specific to the Microsoft FAT (File Allocation Table) file system.

FAT was the file system for DOS and Windows 9x and became the standard file format for digital devices. Nobody would pretend that FAT represents any great technical accomplishment or innovation. FAT is used for digital devices and SD cards because it provides interoperability with Windows, and interoperability with Windows has been essential to the manufacturers of such devices because Microsoft has owned the desktop.

FAT is also used by Samba which is used by most Linux and Unix distributions to provide full file client and server interoperability with Windows networks. A Linux utility dosfstools is used by TomTom to transfer files between SD cards and Linux-based GPS navigation systems.

The FAT patents have gained some notoriety, and refer to a kludge designed to overcome limitations in FAT file naming conventions. The kludge is specific to FAT, and uses an unremarkable table lookup. You wouldn't want to use the method for any other file system, and its only useful application is to read and write files to and from devices that use the FAT file system.

In 2004, the Public Patent Foundation (PubPat) took the issue of FAT patents to court, citing prior art. In US patent law, proof of prior art invalidates a patent, as it fails one of the primary requirements - that the invention be original. At the initial hearings it was ruled that Pubpat had proved the existence of prior art and the patent was rejected, but the case went to appeal, and in January 2006 the patent was upheld.

At the time, Eben Moglen predicted that the licensing of the patent would add "millions of dollars annually to consumers' expenses for digital photo storage, and (raise) the cost of digital cameras throughout the world," and be "a proverbial Sword of Damocles hanging over the open source community."

The licensing for the FAT patents alone is priced by Microsoft at "$0.25 per unit with a cap on total royalties of $250,000 per manufacturer."

Every independent survey undertaken into the usefulness or applicability of software patents has reached the same conclusion, that software should be protected by copyright, and that software and business method patents are not only inappropriate, but inhibit innovation and the spread of ideas. Software deals in linguistic and mathematical expression, and software patents are akin to raising barriers on self expression.

In theory, patents are granted only after strenuous tests of originality and appropriateness have been met, and should only be conferred on inventions that are entirely original, are not obvious, and have the potential to radically transform the way things are done. In practice, there has been a proliferation of trivial and contestable patents triggered by a relaxation of the rules by the United States Patent and Trademark Office (USPTO), which has progressively lowered the bar for patent claims.