Bletchley Park in good health thanks to support

The home of major historical computing efforts, Bletchley Park, is still strong thanks to an overwhelming amount of public support. 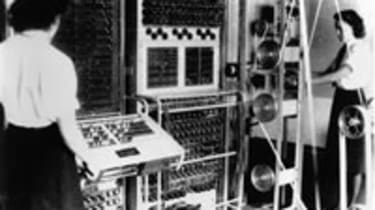 The reason behind its strength against the backdrop of the credit crunch is thanks to a fundraising and awareness campaign which triggered an almost overwhelming sea of public support.

Last year, money to repair fast-ageing building was in short supply and Bletchley Park's future looked to be a grim one. As it turned out, 2008 was actually its most successful year, garnering its the most visitors, money and media attention since opening as a attraction back in 1992. "After years of struggling to remain open and keep the historic buildings in good repair, we have been overwhelmed by the level of public and media support for our campaign to safeguard Bletchley Park for future generations," said Simon Greenish, Bletchley Park's director in a statement.

"I would like to extend a personal thank you to everyone who has given their support to our campaign. We still have a long way to go and will continue to work tirelessly to raise the funds needed to secure the future of Bletchley Park but we are hopeful that with continued public support, the successes of 2008 can be repeated, if not exceeded in 2009."

Private donations were supplemented by a 330,000 English Heritage grant. Media coverage rocketed, no doubt spurred by the campaigning efforts and a few high-profile events, some with a distinctly spy-like flavour. For example, back in October, Roger Moore visited to promote the launch of the first six Bond films on Blu-ray from Twentieth Century Fox Home Entertainment.

Prior to that in July 2008, The Prince of Wales and The Duchess of Cornwall visited to open a new From Bletchley, With Love' exhibition focused on James Bond creator Ian Fleming.

"You are the keepers of one of the greatest British success stories," HRH The Prince of Wales, said at the time. "Workers here had ensured that this country finally emerged victorious from World War Two."

Earlier today, it was also announced that an electronica musician planned to use a collection of vintage computers as instruments in an unusual concert held at Bletchley Park.