Will Mac OS ever be the business platform of choice?

Windows is apparently in decline, and Mac OS is growing. Does that mean that it’s primed for the business market? 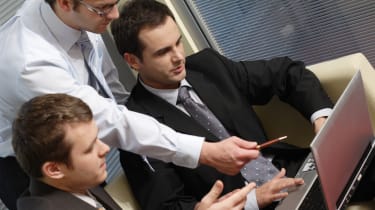 Believe the statistics, and Microsoft Windows in its many guises is an operating system in decline. Recent numbers have suggested that, for the first time in well over a decade, it has less than 90 per cent of the total operating system market, and its chief competitor isn't the one that's been garnering the majority of the headlines.

For all the discussion of the merits of Linux, it still accounts for less than one per cent of all operating system use, a bewildering number given the column inches it attracts and the myriad of alternatives that are available. Yet its market share has remained minimal for some time, and there's no clear breakthrough on the horizon.

Instead, though, it's Mac OS that's gradually growing in popularity.

According to the numbers for January 2009, as released by Net Applications, the market share of Mac OS was up to 9.9 per cent (admittedly this statistic is centred around internet-connected machines).

Given that this is fuelled by a few months now of consecutive growth, it's expected that it'll be breaking the 10 per cent mark imminently. Of course, much of this is inevitably down to the gradual increase in market share of the Apple Macintosh format itself. But it nonetheless begs the question: can Apple's operating system have a future of as a business desktop?

For the design and creative industries, the answer right now as it has been for many years is a big, fat yes. These are the areas of business where Apple has continually held a strong foothold, even while the Macintosh format itself was floundering and looked rudderless.

No matter how much PC manufacturers and software producers have targeted these professional industries, they've nonetheless steadfastly remained the foundation on which Apple continues to build its Macintosh business.

And thus, when Apple's credibility and popularity bounced back fuelled initially by the iMac and then subsequently the likes of the iPod it did so with a small but loyal comfort blanket already in place.

Since the late 90s, Apple has gradually grown its market share, and the emergence of Apple stores, and Intel-powered Macintoshes, has continued that trend.

And yet you walk around the vast bulk of non-creative industries, and there's barely a Macintosh to be found, with Windows-laden PCs still the mainstay of the majority of businesses.

Given the general level of user satisfaction with an Apple machine on their desk, why is this so?

Put simply, cost. It's little secret that many users find the Apple interface easy to use and interact with, and a good number will likely prefer it to the Windows alternative were they given the choice. But they never will be. For while a Windows PC can be bought and installed for less than 300 a seat (before you get to office and security software costs), the cheapest Mac currently a Mac Mini comes in at nearly 100 more.

Even before businesses were hit by the state of the world financial market, that's a hefty premium to pay for a tool to do simply office work, and understandably, the vast majority opt for the cost effectiveness of a PC, whether they have format loyalty or not. Thus, the Mac operating system never gets much of a look in for the mundane, day-to-day chores that the PC is simply cheaper at doing.