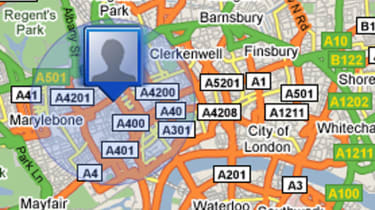 Lib Dem Home Affairs spokesman Tom Brake filed an early day motion (EDM) asking the government to look into "privacy implications of Google Latitude' and to take action to ensure Latitude' does not represent a threat to privacy."

Brake said: "This system poses an insidious threat to our hard-won liberties. 24-hour surveillance and a Big Brother society are new realities."

"I urge MPs to support this EDM and encourage the government to take action to ensure that Latitude does not represent a threat to our privacy. Our freedom to go about our daily business, without being constantly monitored, could be at stake."

So far, the motion has been signed by fellow Liberal Democrat Chris Hune, Independent Bob Spink and Conservative Peter Bottomley. Brake said he'll also be writing to Google and will meet with the Federation of Small Businesses about the issue.

In a statement sent to IT PRO, Mat Balez, product manager for Latitude in Europe, said privacy was a key consideration in the development of the technology, stressing that it is opt-in and users can easily hide their location or disable the service at any time.

"Some people have raised concerns about the possibility of the product being installed onto someone's mobile phone covertly. While many of the scenarios that have been described are unlikely, we take this issue seriously," Balez added. "Google Latitude has a safety feature that actively alerts users that the service is running, which addresses this risk."

The Lib Dems have previously taken issue with Google over YouTube user logs, as well as the web giant's Streetview photo mapping.