Tech startups not doomed by recession 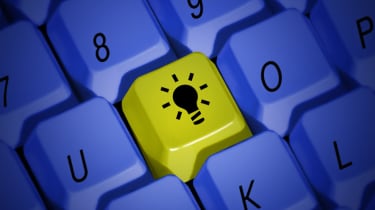 So what's the key to getting funding at such a frugal time?

"Some of those hardware companies will find it a bit harder to attract investors," warns Amadeus' John. "One reason is that if a company needs money from me as a VC and I can fund it for the next couple of years then it might be fine. But if it's going to need more money in a few years time from some other people, it's not certain that we're going to be able to get it."

That uncertainty over the availability of future funds is also driving startups to scale back their ambitions. "In the first part of last year you would have been more open to increasing the costs with the expectation that enough of it would work and you would grow rapidly enough that even a few mistakes would be OK," Eccles advises.

"Now, everyone I speak to and our own strategy is that the next year and a half is not going to be a great time to raise money. So it's always good for a startup to raise costs in response to demand rather than doing it in advance of demand," Eccles adds.

"I've got companies I've just invested in which for the sake of three or four hundred grand could go another year," John agrees. "Whereas, if they'd been started a year earlier and had ramped their cost base it may be that we're in a position with a larger team where it's going to take a couple of million to take them on another year.

Despite the tough times, it is possible to see a silver lining to the current economic clouds. In many ways the current crisis may actually benefit those companies that survive through such a difficult period.

"I think that is true because during boom times you tend to value growth and the number of users you have over everything else," shares startup chief exec Eccles. "Whereas during a recession you're completely focused on the bottom line. So in that way it is good for the long term growth of the business."

New companies are also able to take advantage of changing labour markets, with a wider range of talent available. "Two or three years ago, one of the major issues we were facing is that our companies were having a very tough time recruiting people and salaries were going through the roof, so you needed to put a lot of money in to hire people," Dalle says.