The chip company is the latest industry player to announce lay-offs. 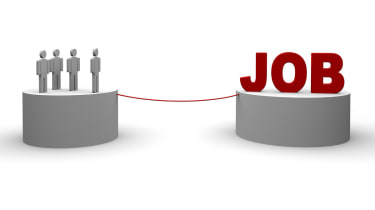 In the latest blow to a reeling microprocessor industry, chip maker National Semiconductor has announced that it will cut more than one-quarter of its worldwide work force, or 1,725 jobs.

The cuts mark a 26 per cent reduction from the company's current employee base of about 6,500.

Overall, National Semiconductor plans to slash 850 positions immediately in its manufacturing, marketing and support businesses, followed by 875 more positions over the next few quarters, including the shuttering of the Texas and China facilities.

The layoffs are expected to cost $160 million to $180 million in severance and other charges.

Third-quarter earnings at National Semi plummeted 71 per cent, resulting in a profit of $21.1 million, or nine cents per share, versus a profit during the same time period last year of $72.9 million, or 29 cents per share. Those results still beat Wall Street's expectations, which had forecast that the company would lose as much as 5 cents per share in the third quarter.

"The worldwide recession has impacted National's business as demand has fallen considerably," said chairman and chief executive Brian Halla in a statement. "However, the actions we announced today will help us remain competitive as we continue to focus on growing markets that can benefit from our new energy-efficiency initiatives."

National Semiconductor isn't alone in feeling the industry's pain. The Semiconductor Industry Association announced earlier this month that worldwide chip sales dropped 28.6 per cent in January. "Worldwide semiconductor sales in January, historically a relatively weak month for the industry, reflected a continuing erosion of consumer confidence and the effects of the global economic recession," SIA president George Scalise said in a statement.

"Sales declined across the entire range of semiconductor products, as sales of important demand drivers such as personal computers, mobile phones, automobiles and consumer items remained under pressure.''