i-mate is a relative unknown but plans to hit the market hard this year with a number of devices. We see if the Ultimate 9502 can actually live up to its name. 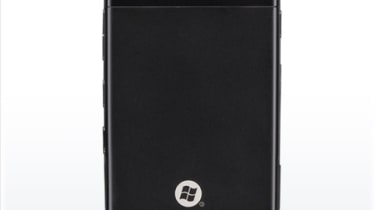 Relatively unknown brand i-mate began life as a Pocket PC manufacturer, re-labelling devices produced by HTC. When this deal ended in 1996, i-mate took to the world on its own, using equipment manufactured by Inventec and TechFaith.

Although i-mate has never stood at the forefront of the Windows Mobile market, the Ultimate 9502 could signify a whole new beginning for the company, especially after announcing three new devices at Mobile World Congress in February.

The i-mate Ultimate 9502 is i-mate's most recent launch on the market, and it certainly takes some design elements from the T-Mobile Sidekick, with a central sliding screen that reveals a full QWERTY keyboard.

The Ultimate 9502 runs Windows Mobile 6 Professional edition, which features a touchscreen element, and on this device, it's something the imate could probably cope without. The 2.8-inch display feels too small for touchscreen functionality, so it's handy that a stylus comes integrated into the casing because it'll certainly get a good level of usage.

If you do want to avoid using the touchscreen for navigation, there's an old-school jog dial on the left-hand side, which you can push in to make selections. I-mate has also included enough other shortcut keys to ensure you'll never have to use the touchscreen.

Along the top there are messaging and Internet Explorer shortcuts, while under the screen there's a Windows Start key, two softkeys and an OK button. Under these there's a four-way navigation key, call start and call end button. Around the sides are a wireless connection shortcut button, another OK button plus camera, voice dialing and volume keys. Are so many keys really needed?

The keyboard, like on many touchscreen-come-hardware devices leaves a lot to be desired with microscopic keys suitable only for children. They're also too spongy to be considered comfortable and because there are no gaps between each key, you may mistakenly press the neighbouring letter, resulting in a email of gobbledygook. You can opt to use handwriting recognition for typing or the virtual QWERTY keyboard, which again, is too small to use effectively.