Web on the move - where is mobile internet heading?

Mobile phones offer faster processors, larger screens and smoother interfaces - just how far we are from experiencing a full desktop internet experience on our mobile? 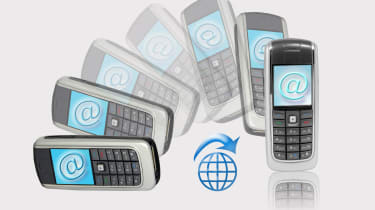 Internet on mobile was first brought to handsets in 1999 and although very basic with few websites supporting the basic HTML markup, it was sufficiant for most users who just wanted to check the latest headlines or sports scores on the move.

In 2002, WAP 2.0 was introduced and with the support of XHTML, it can display almost all web pages available on a PC. However, there are still a number of problems with internet on the move that deter people from accessing the net on their mobile.

Jay Sullivan, head of mobile at Mozilla, says that people want to get to their favourite websites and applications quickly and easily. They want sites to load fast and be responsive and secure.

However, they are deterred because mobiles aren't as user friendly as a PC.

"It's much harder to type on a mobile phone," Sullivan explained. "Entering URLs, user names and passwords can be challenging enough that [it] presents a big barrier for lots of people."

Another issue he said, is that many mobile browsers don't render the web very well.

One of the biggest barriers is that there's still confusion and unpredictability about cost, especially data pricing plans because they are still based upon the number of bytes consumed and most people do not know how many bytes a given site will use.

Julie Sajnani, communications manager at Opera, agreed that the mobile browsing experience is far from perfect.

"Currently, multi-tasking between applications is cumbersome. There are a number of hardware limitations and RAM, processor and network limitations may cause certain discomforts."

Mobile phones, even smartphones, aren't adapted well enough to run multiple applications at once. Although a device my feature 288MB RAM, that's nothing compared to even a basic netbook which can feature up to 1GB of RAM, sometimes more.

However, Sullivan thinks there's a light at the end of the tunnel.

"On mobile, many of the pieces are falling into place to make these wants possible, including faster mobile networks, improved handset hardware, and more polished, fluid, interactive touch-screens," he told IT PRO.

Most operators offer a 7.50 monthly charge on top of your usual tariff for unlimited' (fair usage) data, although Orange does charge 5 for adding a 500MB data package to any tariff.

On a business tariff, you can expect to pay around 25 for a voice, text, unlimited internet and email plan.

However, operators need to make it clear exactly how much data is in real' terms so customers don't exceed their allowance and aren't lumped with a huge bill at the end of it.