Alternatives to the big name browsers

It's not all about IE and Firefox - there are many other, alternative web browsers that are worth a look. 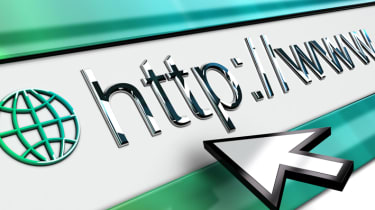 As the online world is increasingly starting to realise, there are alternatives to Microsoft's Internet Explorer browser.

Each month that passes sees Mozilla's Firefox take another small bite from the leading browser's market share, with Opera and Safari settling in with a fair chunk of the market, too. Google's Chrome browser has just a tiny slice of the market, but nothing from Google can really be ignored.

Really, which browser is best for you depends on two key points which operating system you're using, and how much time you want to put into thinking about it.

Indeed and we might get in trouble over this IE is likely the best browser for some people out there. That's not the problem. The problem is that it's leading the pack by default, because it's preloaded on Windows-based PCs. And if you don't think that's a problem, just ask the European Commission; they're pretty sure there's a competition issue created with preloading, which is why they keep taking Microsoft to court.

Unless you're using a very specific business application, you don't have to use Microsoft's IE. Most of the browsers listed below are based on a few engines Mozilla's Gecko, IE's Trident and KDE's KHTML meaning they're all pretty stable and render websites in a familiar way. Where they differ is in the details, the additional features that the often open source developers believe somebody out there might want.

We've listed the leading browsers and the best alternatives below, but the only way to tell if they're right for you is to download them and have a play.

Mozilla's Firefox is IE's biggest rival. Though it has just over 20 per cent of the market share, it's the one people turn to first when they're looking for a Microsoft alternative. Born from the ashes of Netscape Navigator, the browser IE vanquished in the first round of the browser wars, Firefox's open source roots let it innovate quickly. Indeed, IE versions have been known to add Firefox features tabbing, anyone?

It's the easy choice for an alternative to Microsoft's browser, but it's still possible to use its predecessor, Netscape Navigator, if you're longing for earlier times in the internet world. The last release was Navigator 9 in 2007, which is no longer updated or supported. Better stick to Firefox, then.

On PC (and others)

Firefox isn't the only PC-friendly browser out there, however. The next clear choice is Google's Chrome. With top of the line privacy settings handy for surfing nasty sites and not letting anyone know as well as a good-looking interface and Google credibility, Chrome is a safe bet to gain more share above its current one per cent slice of the browsing pie, especially after the second version sees release.

But you've heard of Firefox and Chrome. They're practically mainstream. If you want to get deeper into the alternative browsing lifestyle, check out Opera and Maxthon.

Opera is like a well-reviewed critical success of a film, which nobody goes to see. Despite being favourably reviewed and having a solid spec sheet, Opera has captured just under one per cent of market share. That said, we're looking for alternatives, so the well-developed and thoroughly tested Opera browser is an excellent "other" choice for anyone looking to avoid Microsoft or even Firefox.

Touted for its fast speeds, developers Opera software have had more success with their mobile browser Opera Mini. All pages viewed on this Java based mobile browser are compressed via Opera's servers, a benefit the company is bringing to its Mobile and desktop browser through its imminent Opera Turbo technology.

Maxthon freeware was developed in China, where it's the second most used browser after IE above even Firefox. Currently in its second version, it uses the Trident layout engine also seen in IE; the next version is expected to also support WebKit, the application framework used by Safari.

Among the usual features, it's apparently tops for ad blocking and lets you write script in a handy text box to run on the very page you're viewing.

Aside from Firefox, the main choice for Mac-based computers is Safari, which comes preloaded on Apple's computers and is also available for Windows these days. Version four is set to drop soon, hopefully giving a bit of a bump to its eight per cent market share. Based on WebKit, which is in turn includes a version of KHTML, Safari is a fully-featured, secure and fast browser.