A US study has suggested twice as many people are visiting the web via mobile phones. And they're looking at social networking sites. 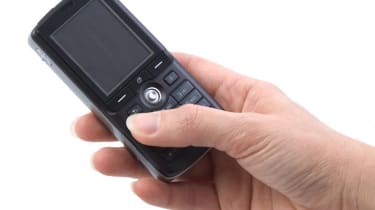 More than twice as many US users accessed the web using a mobile phone in January 2009 than in the same month a year ago, according to a new report.

Perhaps even more tellingly, the number of people using a mobile phone to access social networking and blogging sites more than quintupled during the same period of time.

Analysts have been forecasting a spike in mobile internet usage for nearly a decade, but the numbers released by technology marketing research firm comScore yesterday were the first clear markers of burgeoning mobile web usage.

While reporting that 22.4 million people used a cell phone to access the internet daily, comScore also recorded that 63.2 million US users did so at least once during the month, up 71 per cent from a year earlier.

Social networking and blogging, which has been swelling in popularity on desktops and laptops, scored a staggering 427 per cent increase from 2008 to 2009, with 9.3 million people using a mobile phone daily for such purposes.

"Social networking and blogging have emerged as very popular daily uses of the mobile Web and these activities are growing at a torrid pace," said Mark Donovan, senior vice president of mobile at comScore. "We also note that much of the growth in news and information usage is driven by the increased popularity of downloaded applications, such as those offered for the iPhone, and by text-based searches."

He added that somewhat fewer than one-third of Americans on the mobile internet use a so-called "smartphone" to get there, including the Apple iPhone and Research in Motion's Blackberry. That means roughly 70 per cent of daily mobile users are using a simpler device to get online.

For more on mobility in the workplace, click here to sign up for our Netbooks vs Notebooks webcast.