Should we be worried about Google Street View?

Simon Brew offers his personal take on the launch of Google Street View. And he’s a worried man… 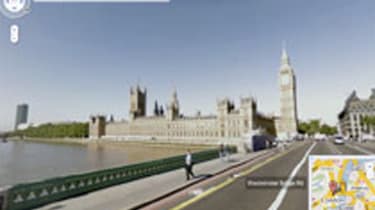 I can hear the objection a mile away. "This is a storm in a teacup." "You're just being miserable." "What on earth are you talking about?"

And I really understand it. Heck, I sometimes feel that I'm going mad myself: yesterday, there was not one person I encountered who came close to matching my feeling of unhappiness on this matter.

But yet this is how they do it. Those who gradually take our privacy and rights away from us don't do it in one big chunk. That'd simply be untenable. No, instead, the path to the same end result is lined with 50 or so smaller, winnable arguments, that just take longer to get to the same place. If you can wrap an argument in the guise of an attractive software application, then all the better.

Fans of the sublime British sit-com Yes Prime Minister will know what I mean: it's called salami tactics. You take things away from people a slice at a time, so they don't notice, until before they realise it, everything's being sliced away.

That may or may not happen here, but just think where this could end. Google's implementation of Street View has been reasonably responsible, save for the inclusion of people's homes and blurred torsos without getting their consent first - granted, there's an opt-out scheme, but it surely shouldn't be that way round.

However, what happens next? Five years down the line, when Google has brought in all of the cities it wants to include in Street View, what's the next development?

Could we, for instance, be on the path in a decade or two - to live video of the world around us? That doesn't seem to be the intention of Google, and yet it's become the pathfinder. It's not Google, arguably, that we have to worry about. It's the firms that are going to follow in its slipstream. Will those firms deploy the technology or some clone of it in as responsible a manner?

Let me stick my neck out here and suggest that while Street View is the acceptable face of this technology, there are some less savoury applications that we'll be meeting at some point in the future. And I'm really hoping I'm proved wrong.

There are further arguments against the Google Street View service: the questionable effectiveness of the people-blurring software, the opportunity it gives less savoury individuals to swat up on an area, and the fact that the ordinary member of the public is simply powerless to stop it all spring to mind.

Google has argued, rightly, that the images in Street View are "lawful". That said, so is bellowing at a child. So is seducing your best friend's partner. So is taking a huge bonus when you've managed to drive a bank into the ground. It doesn't, though, make it right. And while what Google has done doesn't, clearly, equate to any of those, it has put us onto a path with potentially frightening consequences for our civil liberties.

The problem is that people were so wrapped up playing with a shiny new toy, that many of them seem not to have noticed.