With a legal case threatened and several images removed from the site, the UK's 'Street View' launch has been less than a smooth ride for Google. 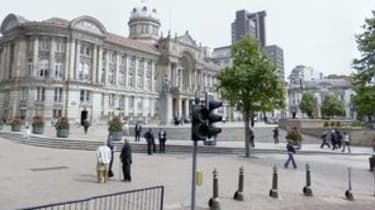 Google's newly-launched Street View service is off to a rocky start, with the threat of a legal challenge and complaints leading to the removal of several images from the site, all in its first 24 hours.

Simon Davies, of Privacy International, told Out-Law.com that he will dispute the Information Commissioner's Office (ICO) ruling that gave the site the go ahead in summer last year, on grounds of privacy.

Davies told the website: "I think there is something of a test case in this. We are arguing that a line has to be drawn to empower the individual to make a conscious decision whether to allow his or her images on to such a system."

In a statement from privacy watchdog ICO approving the service, it said: "We are satisfied that Google is putting in place adequate safeguards to avoid any risk to the privacy or safety of individuals, including the blurring of vehicle registration marks and the faces of anyone included in Street View images."

"Although it is possible that in certain limited circumstances an image may allow the identification of an individual, it is clear that Google are keen to capture images of streets and not individuals."

Google have also played down the news it had to remove dozens of images from its site. A spokesperson from the company told IT PRO: "We take privacy very seriously which is why when we announced Street View for UK we explained our easy to use removals process for images people found inappropriate - simply click report a concern and report the image."

"Since launching yesterday, we have received very few removals requests. However, we're very pleased, where removals or further blurring has been requested, that the technology has been working so effectively and that in most images have been removed within hours."

Click here to find out what one man thinks about whether or not we should be worried about Google Street View.