Privacy group calls for ICO to shut down Street View

Privacy International believes Google's Street View should be shut down while the Information Commissioner takes a second look. 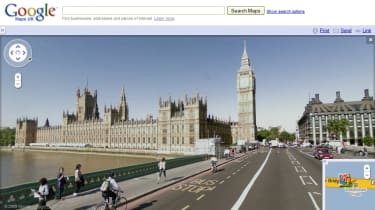 Privacy International is calling for the Information Commissioner to take another look at Google's recently launched Street View service.

The Street View photo mapping service launched last week, with street-level pictures covering a large area of 25 UK cities. The Information Commissioner's Office (ICO) gave Google the go-ahead for the service, so long as it blurred faces and number plates, and was willing to remove photos when requested, but privacy concerns immediately surfaced.

Simon Davies, the director of Privacy International, told the BBC that Street View had caused "embarrassment" to many British people, and has filed a complaint with the ICO asking for the data watchdog to look into the service again.

"We're asking for the system to be switched off while an investigation is completed," he told the BBC.

"The Information Commissioner never grasped the gravity of how a benign piece of legislation could affect ordinary lives," Davies added.

The ICO has received the complaint, and a spokesperson told IT PRO it was looking at it now and would respond shortly. The ICO added that individuals were welcome to file a complaint with the ICO if they do not get a "satisfactory response" from Google after asking an image to be removed.

In a statement, Google said: "The truth is that this is an empty and entirely predictable publicity stunt by an organisation that is far from impartial when it comes to the issue of Google and privacy."

"The ICO has repeatedly made clear that it believes that in Street View the necessary safeguards are in place to protect people's privacy," it added. "The fact that some people have used the tools in place to remove images shows that the tools work effectively... Of course, if anyone has concerns about the product or its images they can contact us and we look forward to hearing from them."

Click here to read why one man is worried about Google's Street View.