The IT industry has identified cloud computing as a major trend for the future. But how much of a barrier to its development and adoption will security be? 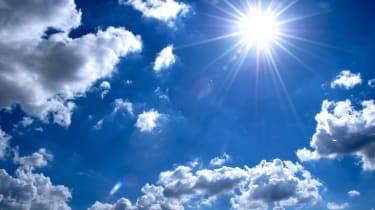 It seems as though not much new is happening in enterprise IT development that doesn't involve the cloud.

The uptake of outsourcing and software-as-as-service (SaaS) based delivery models has softened end-using organisations to the idea of not necessarily owning the IT infrastructure their business may rely on. The advent of the cloud has even encouraged blue-sky thinkers to declare it will, one day, render the IT department redundant.

But, despite the advent of more and more data centre-as-a-service-type launches, recent security issues involving the likes of vendors such as Salesforce.com and Google Docs have thrown a spotlight on the security risks associated with running IT in the cloud.

"There's been a lot of hype around cloud computing recently," said Ian Osborne, project director of the Grid Computing Now! initiative of IT trade body, Intellect. "It offers enterprises the opportunity to flex their IT infrastructure more dynamically to meet demand."

But he told IT PRO there were inherent challenges in extending cloud infrastructures out to enterprises in an open, virtual or utility' based way. "With very little agreement on standards, the issues of provisioning, security and ownership of the data could be major inhibitors to adoption," Osborne said.

In response, both enterprise IT suppliers and consumers have stepped up attempts to close security loopholes and offer best-practice solutions and guidance on governance, standards and compliance. In fact, it was just over a year ago that Gartner first warned IT organisations that alternative delivery models like cloud computing would make the governing principles that worked with the traditional models of buying, building and accessing IT irrelevant.

David Mitchell Smith, vice president and Gartner Fellow, said: "Why pay to build it and maintain it, if you can buy it in at a fraction of the price?"

But he added that one of the main challenges for IT organisations in adapting to this next technological revolution will be dealing with the cultural impact both internally and in the way IT interfaces with other functional areas, which is exactly where loopholes around data governance can open up.

Earlier this month, the independent security expert group Jericho Forum announced it was focusing its activities on establishing best practices to meet the challenges of collaborating securely in the cloud. As a result, it has published a cloud cube model designed to provide clarity of vision on the essential areas organisations need to consider when evaluating a cloud-computing environment. "The cloud approach to organising business can be both more secure and more efficient than the old-style silo structure," said Adrian Seccombe, Jericho Forum board member, who is chief information security officer and senior enterprise information architect at healthcare giant Eli Lilly. "Viewed from a different perspective it opens a potential Pandora's box of security nightmaresnot least of which is loss of data confidentiality and integrity."