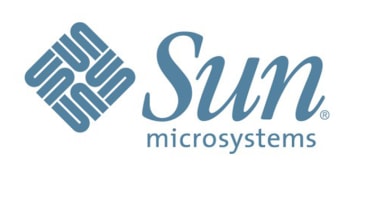 In a guest blog post for OStatic, a website created specifically to advocate for open source software, Schwartz insisted that the future has never been brighter for FOSS. Because of that, Schwartz announced Sun is beginning a new programme to develop what it's calling the Sun Cloud, a multi-pronged effort to ensure open source's place at the centre of cloud computing.

"When you see the world's most conservative companies starting to deploy open source, you know momentum is on your side," he said in the post, which had been scheduled to coincide with the opening day of the Open Source Business Conference in San Francisco. "That's creating massive opportunity for those of us who have pioneered the market, to drive commercial opportunities."

Schwartz called it a "misconception" that open source software is nothing more than a cost-cutting measure offering a crutch to help companies limp through tough economic times. Instead, he said, open source helps create thriving communities at the heart of a company's business model.

"In fact, the internet's most valuable brands are all free Amazon, Google, eBay, Skype, Yahoo, Facebook... Those brands reach more people and have greater affinity than just about any other consumer brand," he noted.

"In the technology marketplace - Linux, Java, MySQL, Firefox, Apache, Eclipse, NetBeans, OpenOffice.org, OpenSolaris the same applies: Free is a universal price, requires to currency translation, and reaches the longest tail of the market."

By investing heavily in FOSS, Schwartz said, Sun earns the "attention and engagement" of people they might otherwise never reach. Developers in turn improve on the open source product, anchoring those developers more firmly to the open source platform.

As part of that initiative, Sun is building its cloud computing offering atop open source platforms delivered under a Creative Commons License. Such a license allows developers to use open source products without fear of litigation.

And, unlike nearly all of its closest competitors, Sun Cloud will work behind corporate firewalls "for those customers who can't, due to regulation, security or business constraints, use a public cloud," he said.

"If you can't move to the cloud, we'll move the cloud to you."

Critics noted that Schwartz likely was aiming to make Sun look better to potential suitors, including IBM, which last week was reportedly offering some $6.5 billion for the company.