A slew of products have appeared since Asus introduced the concept of the modern netbook computer. We look at its latest machine, which claim 'all day' battery life. Does it have the staying power? 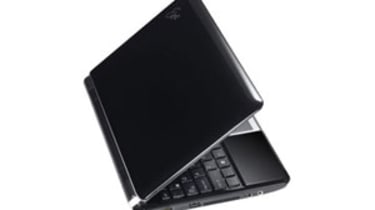 Netbooks have had an extraordinary impact on the computing world, ushering in an era where you don't have to spend 1,000 to get a laptop that's powerful enough for web surfing and word processing, while still being light enough to carry around all day.

Since then, dozens of models have been released, all trying to mimic the success of the original Asus Eee PC and its many variants, with big names such as Dell, Acer and Samsung all making successful entries into the market. Consequently, Asus has hit back with its latest Eee PC, the 1000HE.

The 160GB hard disk is bigger than most of the other netbooks on the market, although there's no SSD option available for those who would like speedier data access. The 1GB of RAM is netbook standard, now, but upgrading is easy removing a single panel on the underside of the machine reveals both the hard disk and SO-DIMM slots are easily accessible, so adding more capacity or memory is simple.

The minor increase in processing speed hasn't had a massive effect on the 1000HE's power - a result of 0.42 in our 2D benchmarks is quicker than most of the other netbooks we see, but not by enough to make a difference. This Eee is fast enough to handle web surfing and word processing, like the rest of the netbook crowd, but nothing more demanding.

The other major additions to the 1000HE are concerned with improving the Eee's versatility on the road. This is the first machine in the range to come with draft-n wireless alongside the more conventional 802.11b/g. We'd have liked to have seen integrated HSDPA, too, but that's the only disappointment here and, as this is a feature still rarely seen in netbooks, we can't be too harsh on Asus for this particular omission.

The battery has also seen an upgrade: with a capacity of 8,700mAh, it's the largest we've seen in any netbook, and almost doubles the size of the battery packs that came with previous generations of Eee PC, most of which came with a 4,400mAh power pack.