Gartner shows how enterprises are already using Twitter, while a study reveals that UK businesses need to keep up with it or risk being left behind. 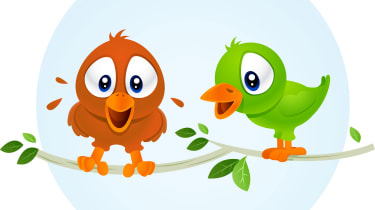 There's no excuse for a business to not be on the microblogging site, experts have claimed, as Gartner offers four ways enterprises are already using Twitter.

Earlier today, Twitter announced it would offer expanded services to certain businesses. At the moment, Gartner said companies are already finding ways to make use of the microblogging service.

Direct: Twitter can be used as a marketing or public relations channel, much like corporate blogs. At a minimum, companies should register their major brand names.

Indirect: Company employees are using Twitter to enhance their personal and company reputations. It can raise profiles of individuals and the organisations they work for.

Internal: Employees are using Twitter to communicate what they are doing and what ideas occur to them. That said, Gartner warned there was no guarantee of security.

Inbound signalling: Twitter streams and search tools can provide information about what customers and competitors are saying about the company.

Gartner predicted that by 2011, enterprise microblogging would be a standard feature of 80 per cent of social software platforms. The most popular would be Twitter, but other apps could also include Plurk and Jaiku.

However, while the top ten technology companies in the US are using Twitter, only two of the ten companies on the FTSE techMARK 100 in the UK - both Thomson Reuters and BAE Systems have employees on the platform.

Stephen Beynon, managing director at ntl: Telewest Business, said that there was no longer any excuse for business to embrace social networks like Twitter to share news, recruit employees, and respond to users who are praising or criticising them.

He said in a statement: "Twitter has been used as a network building tool by businesses such as Mozilla and Sun Microsystems, so there is a template that British businesses can apply to make it work for them.

"The risk in not using Twitter is that these companies will fall behind transatlantic competitors."