Many want a break from digital lifestyle

We might spend a lot of time online, but some ‘ambivalent’ networkers want a break, a report has said. 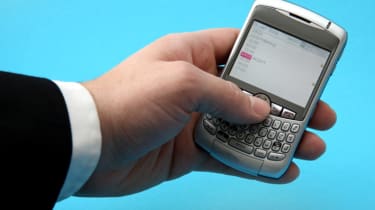 Two of every five American adults have embraced mobile technology on a daily basis, but not all of them believe being so connected necessarily is a good thing.

In a study released by the Pew Internet and American Life Project, nearly 40 per cent of 3,553 Americans surveyed reported an abiding attachment to their mobile devices.

But nearly one-fifth of those actively connected respondents primarily males in their late 20s are what the study calls "ambivalent networkers," sometimes yearning for a break from their perpetual digital attachments.

"They're the most active on social networks and using mobile devices for a range of activities, yet they think it's a good idea to take a break," said the report's author, John Horrigan, who is Pew's associate director for research. "They are not thrilled about all that's available."

That's not to say that they're going offline any time soon. Most of those expressing ambivalence toward technology have had these kinds of connections most of their lives, and so fear they would miss something important if they were to sign out. For them, technology is less a convenience than it is an obligation.

But an equally sizable number of connected respondents are as enthusiastic about technology as their counterparts are ambivalent. These so-called "digital collaborators" also tend to be male, but are about a decade older than the ambivalent crowd. Because they are professionally connected, often across great distances, they take full advantage of the digital resources available to them.

"For a sizable minority of Americans, mobile connectivity expands their digital horizons as they do more with their suite of wireline and wireless tools," Horrigan said. "Mobile services complement existing broadband assets, and these Americans find it increasingly hard to be without their connectivity traveling with them as they go."

All told, that means that fully half of these survey's respondents are sitting out the digital revolution.

Can't give it up

Those who are participating, however, reported that they would have difficulty giving up their connectivity. Two-thirds of actively connected users reported it would be "very hard" to give up their mobile devices a 20 per cent increase over answers these same respondents gave just 20 months earlier.

"The bar for what constitutes a sophisticated tech user has risen with the advent of wireless connectivity," Horrigan noted. "Mobile access facilitates full participation in the flow of online information. For many Americans, always-on, always-available access is a basic part of their lifestyles. They don't see home broadband access alone as sufficient for their digital needs."

The ten types of digital users

The first five groups (39 per cent of the adult population) share the common characteristic of being motivated by mobility in their use of ICTs:

Digital Collaborators (eight per cent of the population) are very much about continual information exchange with others, as they frequently mix it up with online collaborators to create and share content or express themselves.

Ambivalent Networkers (seven per cent) are extremely active in using social networking sites and accessing digital resources "on the go" yet aren't always thrilled to be contacted by others. They sometimes yearn for a break from online use and pervasive connectivity.

Media Movers (seven per cent) are the accelerants of user-generated content as they use their ICT assets to send material (say, a photo or video they've taken) out onto the web.

Roving Nodes (nine per cent) are active managers of their social lives using basic applications texting and emailing to connect with others, pass along information, and bolster personal productivity.

Mobile Newbies (eight per cent) are occasional internet users, but many in this group are recent cell phone adopters and very enthusiastic about how mobile service makes them more available to others. They would be hard pressed to give up their cell phones.

The final five groups (61 per cent of the general population) make up the stationary media majority:

Desktop Veterans (13 per cent) are tech-oriented, but in a "year 2004" kind of way. They consume online information and connect with others using traditional tools such as email on a home high-speed connection. They are not heavy users of mobile phones for much beyond a voice call.

Drifting Surfers (14 per cent) have the tools for connectivity, but are relatively infrequent users of them. They say they could give up their internet and cell phones. In spite of years of online experience, they seem to have checked out of the digital revolution.

Information Encumbered (10 per cent) have average amounts of connectivity, but suffer from information overload and have a tough time getting their gadgets to work without help from others.

Tech Indifferent (10 per cent) have limited online capability at home and, even though most have cell phones, they bristle at the intrusiveness cell phones can foster.

Off the Network (14 per cent) lack the tools for digital connectivity, as they have neither online access nor cell phones.