It's not April 1st yet, but reports say that Conficker may have wormed its way into what may be its biggest target yet. 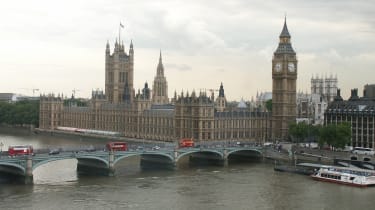 The parliamentary IT system has been hit by the Conficker worm, according to reports.

A leaked memo sent to MPs, Lords and their staff claims that the worm was causing the network to slow down locking some users out of their accounts.

MPs are warned that infected hardware will be removed from the network and that IT staff won't be able to clean unauthorised devices, suggesting that outside PCs are allowed on to the network.

Security experts say such an arrangement is an embarrassing lapse in security.

"One of the foremost rules of good corporate IT governance is that machines not regulated by the organisation should never be allowed to connect to its network, and for good reason," Rob Cotton, chief executive of IT security company NCC Group told Channel 4 News.

"For the parliamentary network to have to ask all unauthorised computers to be taken off its network is, frankly, embarrassing.

"Unauthorised machines shouldn't even be capable of coming anywhere near an official network like this, particularly one which could provide a doorway to seriously sensitive material."

When asked to explain why outside PCs were allowed on the network, a parliament spokesman helpfully told Channel 4: "I'm not authorised to answer why we can't answer the question."

MPs are also requested not to connect "memory sticks or any other portable storage devices" on to the Parliament Network for the time being. The Conficker virus is known to spread through such devices.

New variants of the worm have continued to breed, while this isn't the first time it has hit the public sector.