Despite the ubiquity of the client/server computing model and the current hype around cloud, the mainframe is the focus of much modernisation work. 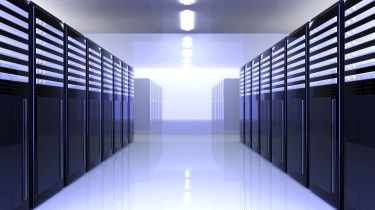 Some industry observers predicted the death of the mainframe in the wake of the client/server computing revolution. Yet, here we are, preoccupied with the possibility that the cloud could herald the next, big step change in computing models - and the mainframe is just as big as part of enterprise IT infrastructures as it has ever been.

Martin Banks, data centre and mainframe analyst for Bloor Research told IT PRO that mainframes would be a mainstay of large enterprise computing for some time to come. "Nothing can do big, complex multichannel business management tasks quite like the mainframe," he said.

"The need for real high-volume, high-speed transaction management, as quickly, reliably and securely handled as the mainframe does still forms the back-end of many, even web-based applications nowadays. And there are some really good mainframe applications, like CICS, where there's nothing to match them at doing the jobs in financial and retail institutions, for example, that they do."

Yet, the lack of skills available for managing this mission-critical part of the IT infrastructure poses quite a dilemma for those organisations that simply can't afford to move mainframe data and processes into more modern computing environments. Banks continued: "The problem is that all the mainframe programmers are greying, over 55 or already retired."

CA is one IT vendor that made its name in the mainframe space, alongside the market giant, IBM. Chris O'Malley, executive vice president and general manager for CA's mainframe business unit confirmed that many of its customers still have a strategic investment in their mainframes, but that they were finding it hard to modernise them because of a lack of available skills.

"We are taking the IBM foundation and building on it with our software and services," he said. "We've developed health check components that can gauge how effectively the mainframe technology is running and compare it with the most optimal configuration framework in an automated way."

O'Malley said CA was developing similar management tools to those that large enterprises were already familiar with using to monitor various layers of their more modern IT infrastructures and data centres.

In fact, earlier this month, Compuware seemed to echo the same strategy as that outlined for rival CA by O'Malley. The UK software and IT services firm announced it was uniting its management tools, Vantage and Strobe, for distributed and mainframe environments respectively.

Compuware claimed that, by providing insight into performance of applications that span both distributed and mainframe infrastructures from a single location, IT management will be able to minimise business and customer disruption by quickly troubleshooting, identifying and resolving issues in a more cost-effective and timely manner.

Atul Bhovan, Compuware enterprise solutions consultant, told IT PRO that processing power on the mainframe has actually become more central to the effective running of the business in the 21st century.

"Mainframe applications need to be stable or the business pays a massive price in lost business," he said.

"A lot of organisations are also trying to cut back on the cost of their core IT investments and staff," he added, particularly when the numbers of students graduating with Visual Studio developing skills for example, is plentiful. Often companies are forced to re-hire older IT professionals with mainframe skills on high-consultancy rates.

"For many years, organisations had whole teams of IT professionals writing COBOL code for mainframe applications, for example," Bhovan continued. "But many of these applications have evolved to now be accessed by a web front-end, where organisations no longer have the mainframe knowledge or skills in house."