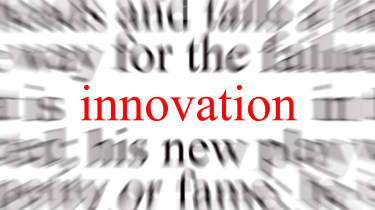 There's no more interesting company in the world than Microsoft. Facing its strongest competitors in years, the software giant is reinventing itself, bringing a dash of style, swagger and innovation to a product list that had come to represent the best cure for insomnia. Live Mesh, Windows 7, Surface, Photosynth, SeaDragon and Office 2010 are all visible attempts to do things differently. The personnel are worthy of note, too. Released from the overriding vision of Bill Gates, Microsoft's leading lights have started to shine. Steve Ballmer could start fight in a paper bag, but he inspires the softies in a way nobody else can. Ray Ozzie has picked up Bill Gate's technical mantel, with an emphasis online. But perhaps its most important general is Steven Sinofsky, the man responsible for Office 2007 and Windows 7 - two of Microsoft's most impressive recent achievements. There's still a long way to go. The troubles with TomTom are indicative of a continued suspicion towards open-source, and Internet Explorer 8 was too conservative to be interesting. But Microsoft has grown fat as king of the hill, and has a lot of weight to shift more than it can do comfortably in a couple of years. But it's trying, and that alone is interesting. (Stuart Turton, PC Pro)

Apple's iPhone and iPod Touch devices have fabricated a new corner of the games industry over the past year, with thousands of games released and, some might say, Nintendo-bothering download numbers. Publishers like ngmoco are responsible for the platform's growing acceptance in core gaming circles.

They are putting serious money on the line by supporting good quality, new titles, where many others have cashed-in quickly with relatively poorly-produced but carefully-named pieces of software. Indeed, ngmoco has helped raise the standard that the major videogame publishers are slowly learning to acknowledge.

Founded by fomer EA executive Neil Young, and considering they've yet to put a step wrong, it's no surprise that the company has some heavyweight gaming credentials behind its friendly and accessible image. (Andrew Williams, Know Your Mobile)

Psion may have recently gained headlines for attempting to reclaim the term netbook , but this shouldn't be its legacy. The British company shot to prominence after producing personal organisers that people, as opposed to IT enthusiasts, genuinely wanted to use.

It's first product appeared in September 1991 and immediately started to sell. No wonder for 199, people could buy a complete diary, word processor and database, running the EPOC operating system.

Things started to go awry at the turn of the century. It revisited its early doomed attempts to produce a fully-fledged laptop computer by releasing the netBook, a machine that looks strikingly similar to netbooks of today, and then releasing a consumer version called the Series 7.

Though the Series 7's larger keyboard and colour screen impressed indoors, it arguably failed because it wasn't so usable outside and because it simply wasn't a Windows laptop and that, it appears, is what the mass market wanted.

Although the Series 7 was its final notable hardware release, the company's name lives on as Psion Teklogix. Its intellectual legacy, however, is tied up in Symbian, the operating system still used by many mobile phones and a direct descendant of EPOC. (Tim Danton, PC Pro)