Even Google is hit by the recession

Google has posted its first ever consecutive quarterly revenue fall, but belt-tightening has paid off. 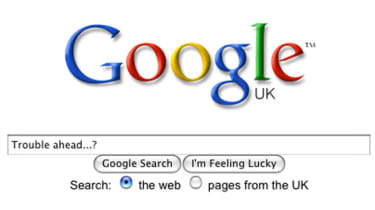 If Google seemed impervious to the economic pain suffered by the rest of us, its economic super-hero status just slipped a bit.

The search giant revealed its first-ever revenue decline in consecutive quarters, reporting a three per cent drop from sales announced in December. But year on year, Google saw revenue climb six per cent to $5.51 billion from $5.19 billion.

Most of the decline from the previous quarter reflects ongoing cutbacks in online ad spending. But because the company already began its first major cost-cutting effort, Google managed to beat Wall Street's profit expectations.

While Google is "well-placed for the recovery as it occurs, or when it occurs," chief executive Eric Schmidt said, don't expect that turn-around any time soon. The second and third quarters of each year tend to be "seasonally weak" for online advertising, he said, addding: "We're still basically in uncharted territory."

Investors at first lifted Google's stock almost six per cent in after-hours trading following the earnings release, but shares later did an about-turn and finished just a hair higher than they had been trading 24 hours earlier.

Where other companies have been willing to reflect a bit of optimism for the current quarter, Google executives remained tight lipped. Earlier this week, Intel declared that demand for the computers that use its semiconductors had bottomed out in the first quarter, signaling the start of a slow turn-around in demand this quarter. Nokia also announced that it expects revenue to be flat or somewhat up in the current quarter.

Much of Google's good news was credited to belt-tightening, including two rounds of lay-offs since the beginning of the year to slash 300 positions, ending March with 20,164 full-time employees.

In addition, the company has closed up shop on several of its smaller projects and last year Google ended contracts with thousands of contractors. As a result, while analysts had expected the company to earn $4.93 per share in the previous quarter, it actually pulled in $5.16 per share.