Experts express disappointment that the budget doesn't match Prime Minister claims that high-speed broadband in Britain is a priority. 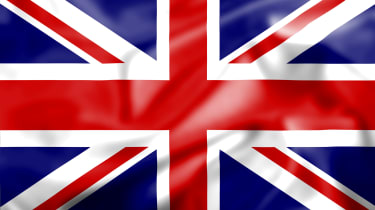 At first glance Alistair Darling's budget appeared to send a strong message that investment in the telecommunications sector was one of government's biggest priorities.

The budget saw the government making a firm commitment to the interim recommendations of the Digital Britain report, in which Lord Carter proposed a 2Mbps Universal Service Commitment for broadband.

However, some experts within the broadband industry felt disappointment, as it didn't press home Prime Minister Gordon Brown's stated aims of creating a next-generation broadband network across Britain that would allow the UK to compete on a world stage.

Matthew Howett, senior analyst at Ovum, was disappointed because he felt that the commitment to provide the broadband speeds of today wasn't future-proof, and fell far sure of Brown's stated ambition of infrastructure on the scale of the creation of roads and bridges in the past.

The analyst said: "It's not very ambitious and it doesn't go as far as other countries are going."

Howett said that although it was important to roll out broadband to the remaining one per cent of the population without access, speeds of 2Mbps in 2012 would make the British very jealous of countries like Finland and Germany, which would be deploying super-fast speeds of up to 100Mbps by 2014.

He said of the budget announcements: "Given the importance that the government has placed on the communications sector talking about making it a growth engine of the economy in the same way as financial services are this doesn't match that at all."

Howett did say that there were further things that could be done, and that the final Digital Britain report was still to be completed in June.

He said: "There is still room for more ambitious proposals. There were a number of ambigiously named funds in the budget, which could be available for the telecoms sector.

Howett added: "It's just not clear how they will be used and accessed."

The Broadband Stakeholder Group (BSG) welcomed the recognition given to telecoms, but said the budget did not give confidence that next generation broadband would be supplied beyond urban areas.

The BSG also said that private broadband market investment in less populated areas was constrained by the recession, and that roll out in rural areas would slow.

It said that there was evidence that if the government was to carefully intervene in the creation of a next-generation broadband network, the long-term benefit to the UK economy would exceed the costs.

"This is really about the future potential for innovation and productivity growth right across the UK economy," said BSG chief executive Antony Walker in a statement.

"Broadband is what economists call a general purpose technology that is relevant to every aspect of economic activity.

"It provides the potential for households, businesses and governments to do things differently, more effectively and more efficiently," he added.