We lay out a few of the key business IT features in Windows 7 you’ll want to evaluate in the upcoming Release Candidate. 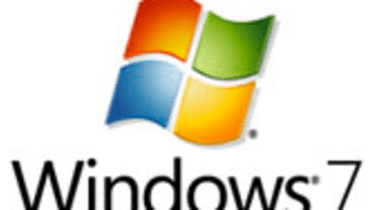 With the state of the economy, companies are only interested in upgrades that deliver real business value. That said, there's already some enthusiasm building for the release of Microsoft's next operating system, Windows 7. With the release candidate due out later this week, and millions already using it as their default OS, businesses are already eyeing the successor to the less popular Vista.

Indeed, two recent surveys show considerable enthusiasm for Windows 7. According to Dimensional Research, more than 80 per cent of IT professionals plan to move to Windows 7 within six months. By comparison, Windows XP had less than 40 per cent adoption in business after three years.

Half the businesses in a smaller survey by Pacific Crest Securities plan to upgrade to Windows 7 as soon as it's available; XP took a year to reach 10 per cent of business users. These unusually fast upgrade plans aren't just down to the stability and popularity of the beta code for Windows 7 or to the dislike surrounding Vista there are also some significant new business features coming, which you'll be able to try out in the Release Candidate build from 5 May.

While users will appreciate the clear and simple interface and improved performance - using so much less memory than Vista to handle open windows that you can open dozens of windows or browser tabs - the lower hardware requirements will be welcome for businesses considering upgrades. Windows 7 runs comfortably on 1GHz Atom netbooks with 1GB of memory, which means the average desktop will have no problems.

Like Vista, Windows 7 uses file rather than block-based images, meaning you need only one image for multiple configurations of hardware and software, including desktops and notebooks, simplifying deployment and reducing maintenance costs. It improves on Vista by supporting full offline servicing of images. You can add and remove components from images without needing to install and re-image, and you can manage Windows Imaging Format (WIM) and Virtual Hard Disk (VHD) images in the same way.

If you're using Windows Deployment Services (WDS) you can multicast images to many clients at once. Any machines that have too slow a connection to accept the deployment will be removed from it automatically. With WDS, you can provision drivers dynamically instead of building them into images, which keeps the size of the image down.

As usual, there are Group Policy Objects to manage the new features in Windows 7 including detailed auditing down to the file and registry key level. What's new is that 7 is the first version with PowerShell included, so you can rely on it for managing GPOs in a scalable way.

Instead of creating and pushing out policies manually and individually, you can script several GPOs into a single policy and deploy that through PowerShell far more easily than working with the API for the Group Policy management console. Scripts can include business logic, for example using Active Directory group membership to set longer screen timeouts for employees who are likely to need to check information during long phone calls, when the standard settings might already have put the system to sleep a common complaint from sales professionals.

Microsoft is promoting PowerShell to IT administrators for both troubleshooting and managing desktops in the same way you can manage the latest generation of Microsoft server products, because PowerShell can respond to specific system events on the desktops.