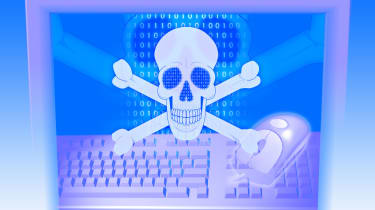 Edward Gibson, Microsoft's chief security advisor in the UK, is more qualified than most to talk about the computer threats that we face today.

Having held special positions as a FBI Special Agent for 20 years, he was also at one time assigned to the US embassy in London, in charge of the FBI's hi-tech cyber terrorism work in the UK.

Between 2000 and 2005, he was responsible for establishing strategic intelligence alliances between the FBI, UK police agencies, security services and private sector companies.

Gibson helped launch the original national hi-tech crime unit in 2001 and worked with the Crown Prosecution Service in developing standards on how cyber crime could be prosecuted.

It was after that experience that he was headhunted by Microsoft to become their chief security advisor. "I was wary of doing that because I had practiced corporate law for a major company, and it wasn't the highest company on my list to work for," he said.

At the time, Gibson also believed that there were areas which he thought that Microsoft could have be doing better in when it came to security.

He said: "That was in my very narrow area which was post 9/11 - responding to suspected terrorist incidents, that were using the various services of Microsoft, Yahoo, AOL and other free mail services for example."

He said that although security in the UK had really developed by 2005, Microsoft had no credibility. "I wanted to be convinced that they had the will to make the changes in security that would actually make a difference."

Gibson made two requirements that the company had to agree to before he joined. The first was that he had to interview with senior executives, and the second was that Microsoft needed to comply with the UK Regulation of Investigatory Powers Act (RIPA).