It would seem most IT PRO readers aren't in favour of the Home Office plans to watch our email and phone calls, but they do like the idea of cc'ing Jacqui Smith into everything they send. 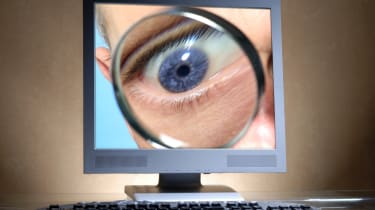 The government has dropped plans to hold communications data in a central store, but looks set to ensure access to our mobile phone calls, text messages, emails and browser sessions, to see who we're talking to and when.

So this week, in our bi-weekly newsletter, we asked what you thought about the plans and the suggestion by some, including a dedicated website and Facebook group, to offer complete transparency to the government by cc'ing all our emails to Home Secretary Jacqui Smith.

Despite concerns from reader Paul that response would be low out of fear of being labelled an "anti-government activist or worse", IT PRO readers responded in force and almost unanimously against the plans.

But before we get to the government bashing, let's highlight the one email that agreed with the proposal. Mike offered: "If you have something to hide . . . be afraid. If you don't have anything to hide from the forms of policing that we require to protect us from harm, enjoy trying to guess why the people who complain about 'an invasion of privacy' need to keep some part of their life secret. It makes a good game in the pub."

He may be happy to have his private life made public knowledge, but the majority of IT PRO readers disagreed with him and the Home Secretary.

Going in the wrong direction

Indeed, Bill thinks it's a slippery slope to more privacy intrusions. "The next move is to remove all toilet doors. We really are the most nanny state in the world, but for all the wrong reasons."

Stefan said that the more people are restricted, the more trouble they're likely to cause. "Why create a pressure-cooker atmosphere? By giving society enough freedom to vent away any pressure relatively harmlessly, greater problems in the future can be avoided."

Mark had a similar idea in mind. "I feel as if we are all in a big pot of water on a stove and the heat is being raised gradually. It is starting to feel a little bit uncomfortable. I hope the temperature is not set to be raised anymore."

Jon said the move is a step in the wrong direction. "We have had a war on terrorism' that has spawned a war on privacy'.. It is something we should actively and stringently oppose."

But how to oppose such a plan? In the newsletter, we talked about how some have suggested that the government would maybe like us to bypass the ISPs and send our emails straight to them just cc Jacqui Smith in on everything you send. Her constituency email address is smithjj@parliament.uk, while the Home Office is asking for input on the proposal here.

The idea certainly excited Eion, who requested Smith's email address. "Brilliant idea I will copy all 3000 emails from my in-box each month to her!" We're sure she'll appreciate that.

Sharon also asked for Smith's email. "She can learn all about the bad jokes I get sent."

Simon was up for the cc plan, too. "What a splendid idea! Let's cc the Government IT infrastructure to a halt. Swamp Big Brother in gossip and spam."

erhaps if everyone got together and, at the same time, just sent Jacqui Smith an email stating their objection to the government's current direction on our liberties, this might just serve as an efficient passive protest."

Micheal was a bit worried about the prospect of being a spammer, but managed to justify it. "After all, copying an email to someone is not exactly spamming - especially if the recipient has expressed an interest in knowing about who we send emails to."

Keith had another idea, in the same vein. "How about if we all went surfing on the same day and explored what the official muppets might consider suspicious, that would blow the noseys out of the water with data overload."

Can it even work?

John pondered if the information would even be useful. "If all they are going to do is prove that someone visited this site or that and not 'capture the content' what in Heaven's name is the value?"

Steve was wondering the same thing how could the government identify users, given public access points and the number of wireless routers left open, not to mention anonymisers?

Sharon added: "Someone pointed out that without the content of emails to give context then the system is flawed from the outset. But don't tell Jacqui that else she'll be after content too."

But then, as Timothy soberly notes: "The government as well as others are already far too intrusive in our lives and business now. Big Brother is probably monitoring this communication now."