As the release candidate of Windows 7 beckons, we take a look at some of the best features we can look forward to in Microsoft’s new operating system. 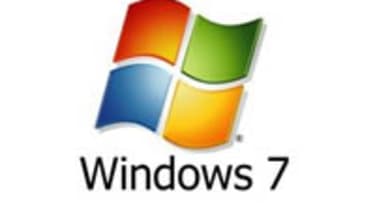 Our favourite new visual feature is called Aero Shake'. If you have a multitude of Windows open but want to focus on just the one you can all you have to do is grab it by the title bar (at the top) and shake with the mouse. This minimises all the other Windows leaving just the one you've grabbed on the desktop.

Another great touch is Stacking. You simply drag a Window to the sides of your screen and it will stick automatically to the side filling half the screen, making it quick and easy to view documents side by side. Move to the top and it will maximise to the whole screen.

Vista's User Account Control (UAC) was one of the headline annoyances in Windows Vista. In a reaction to malware problems, the Windows designers introduced the UAC, a dialogue box that popped up every time you made any changes to Windows when installing apps. It proved quite annoying, especially to power users who tended to turn it off straight away, thereby negating any benefit it might have.

In Windows 7, a slider has been added, enabling users to tone down its nagging factor, making you less likely to turn it off completely. It works too and one or two notches down should be enough for most. In this state it actually gives more confidence that your OS is looking after you.

The display properties now boast a useful gamma curve feature enabling you to calibrate your display. Set aside 10 minutes to go through it carefully and you can really give your monitor image a boost, which will pay dividends when you're sitting in front of a screen all day. Think of it as a free monitor upgrade.

The most whizz-bang visual feature to come to Windows 7 is its touch capability. This of course will only be available to those with a touch enabled PC, such as HP's Touch Smart range, but for those suitably equipped it will provide a new way of interacting with their PC.

The video will let you open apps from the taskbar, scroll up and down by flicking, and zoom and rotate pictures by holding and turning. Tap and holding reveals right-click' context menus. At present, it's mainly used for kitchen based media centres but it could add a whole new wow factor to corporate presentations at least until the novelty wears off.