The countdown is over for MDSN and Technet account holders as Microsoft has made the release candidate of Windows 7 available for download. 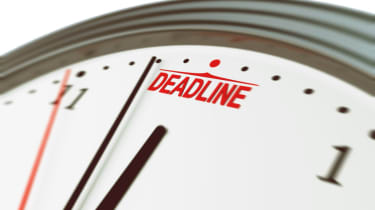 The release candidate (RC) of Windows 7 is now available for download to those with MSDN and TechNet accounts.

"Listening to our partners and customers has been fundamental to the development of Windows 7," Bill Veghte, senior vice president for the Windows business at Microsoft, said in a statement marking the launch.

"We heard them and worked hard to deliver the highest quality Release Candidate in the history of Windows. We have more partner support than we've ever had for an RC and are pleased to say that the Windows 7 RC has hit the quality and compatibility bar for enterprises to start putting it through its paces and testing in earnest."

Eager beavers may already have got their paws on the RC via unofficial sources, but companies looking to test it out will benefit from this afternoon's welcome arrival in their MSDN and Technet accounts.

Those without MSDN and Technet privileges - who don't resort to illegal download activity - will have to wait a few more days until 5 May when the Windows 7 RC will be made publicly available from Microsoft's download centre.

The Windows 7 beta has already received some positive reviews, including a glowing first look from IT PRO. A report by Forrester Research analyst Ben Gray also sings Windows 7's praises.

"The beta of Windows 7 shows significant promise, and most IT operations professionals are looking forward to its availability and eventual enterprise deployment," he says in the report.

The report adds: "...Start preparing for it now, and the best way to prepare for Windows 7 is by deploying Windows Vista. Short of that, begin testing your applications and hardware for compatibility against Windows Vista; it will pay off with greater compatibility with Windows 7."