The dream of Linux displacing Windows on the business desktop won’t die, at least if Novell has its way. 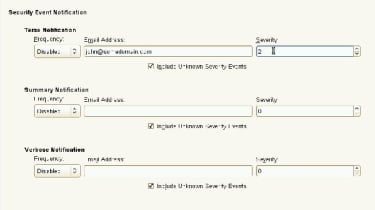 Starting up the GNOME desktop, you get your first taste of Novell's Slab' menu system. Not surprisingly, this bears a strong resemblance to Vista/Windows 7's Start menu. There's a list of recently used applications, as well as a search box, neither of which are features of standard GNOME desktops. It's one more step towards making Windows users feel like they're not missing out.

All that being said, in comparison to Windows, it still suffers the perennial Linux problems of a sprawling set of applications and applets that simply don't have a very coherent feel to them. If you think it's hard to navigate your way around Windows applications and configuration options, you're in for a shock when it comes to SLED 11. With three separate interfaces for system configuration and application launch YaST, the Applications Browser and the Control Center - it retains the feel of an open-source collection of modules, not a coherent business platform.

But the real potential killer for the average business isn't the fact that Suse can't match Windows for general features, flexibility and stability. It's the fact that there's still no viable Linux replacement for Outlook. That's not for lack of trying. Install the GNOME desktop and you'll get the latest version of the Evolution mail client, which does its damndest to make the switch from Outlook as painless as possible.

Evolution can now speak the MAPI protocol, giving it the ability to connect directly to more or less any version of Exchange Server, since MAPI is Exchange's native language. It also copes very well with the import of Outlook PST files from local desktop machines, and that includes Outlook 2007 mail archives.

But if your company culture is built around the use of Outlook as so many are then Evolution simply doesn't cut the mustard. Certainly, the basic structure of the Evolution interface is practically a direct clone of Outlook, so your employees won't be left all at sea. But for all Outlook 2007's foibles and there are many - its interface is slicker, its meeting-request, calendar and organization features simply better. Moving from Outlook 2007 to Evolution feels like a backward step.

The answer to the question of whether you could eliminate Windows on your desktop clients and replace them with SLED 11 is yes. There are very few remaining issues that will prevent SLED working with an existing Windows/Active Directory infrastructure. If your desktop systems are purely used for standard administration and Microsoft Office tasks, SLED 11 will do it, albeit at the potential cost of grumbling employees. For any worker with specific non-Office application requirements it's more difficult of course, but SLED 11 is a good move along the road to complete interoperability.

The question remains of strong reasons to move, aside from the arguable question of whether it's more cost-efficient. The strongest argument, of course, is that SUSE is essentially immune to viruses, and no matter how slack your security and how much largesse you give your employees in web access, the chances of Conficker or similar nasties getting in via SUSE, or affecting SUSE itself, are slim indeed.

For the harassed sys admin looking for one fewer thing to keep them awake at night, that might just swing it.

It’s the best attempt yet to get perfect Windows interoperability, but it’s still rough around the edges. However, from the security point of view, Linux Enterprise Desktop 11 looks like a strong contender.