All estimates have been revised, according to expectations. 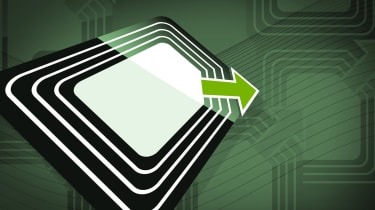 The Home Office has released its latest report into the cost of ID cards and, according to its findings, the cost of rolling out a National Identity Scheme has actually gone down from previous estimates.

Over the next decade, the cost of providing cards to UK and British citizens, residing in the UK, is expected to climb from a predicted 4770 million to 4995 million. However, set-up cost estimates have fallen, from 280 million to 245 million, but the ongoing cost of issuing the cards is likely to be more than expected, the Home Office explained.

Costs are broken down into a number of areas. For example, the Home Office expects that the cost of the technology infrastructure will account for less than a fifth of the total budget, while 'customer facing' elements, including call centres, will take a nine per cent cut of the pie. The Home Office acknowledges that these estimates are likely to change, however. "In particular, it should be noted that costs reflect the estimated outcome of a number of competitive tendering processes which are currently underway," it explained.

Another report, released to coincide with the costs one, offers a status update into the scheme itself. The Home Secretary, Jacqui Smith, launched the paper today, explaining the importance of the scheme and its progress so far, "The National Identity Service will [give] all of us a secure and convenient way to prove our own identity to a high level of confidence, and [help] us to protect ourselves from those who might wish to encroach on our individual liberties," she wrote.

Smith said that roughly 75,000 cards would be in the hands of foreign nationals residing in the UK by the end of November this year, while adding that it was only months until British citizens would start to receive their own cards. Greater Manchester is inked to be the first place in the UK where residents will be able to apply for their biometric ID card, Smith explained.

Manchester, the report claims, was chosen for a number of reasons, including the fact that the city has a high proportion of young people - section of the population not unused to suggestions that they validate their age.

Those that do volunteer for a card will be expected to pay 30, the Home Office said.

The reports have not been met with glee by those previously opposed to the idea of ID cards.

Phil Booth, National Coordinator of NO2ID said in a statement: "Five years in, the admitted Home Office costs are over 5 billion and they're suspiciously silent on fees. Anyone who registers now has been conned into signing away their privacy for life AND giving the government a blank cheque."

Booth's feelings were echoed by Guy Herbert, the organisation's general secretary, who added: "Calling ID cards a 'service' is shameless propaganda. There's no other way to try to suggest the ID scheme is either useful or wanted. No one outside Whitehall and its favourite IT firms is going to benefit. But they want us to love Big Brother."