The Windows 7 release candidate that hit MSDN and Technet accounts is now publicly available. We take a look at what's occurred between the beta and the RC. 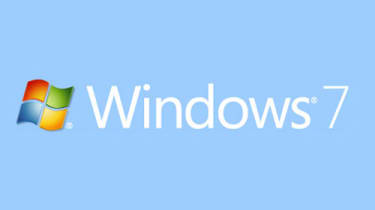 Since Windows 7 first appeared for public consumption in its beta form last January, it's fair to say that it has been gratefully received by pretty much everyone except perhaps the folks at Apple, who once its finally released perhaps won't be enjoying such a free ride in the who has the best operating system' stakes.

The release candidate, represents a near final version of the software, and was released to MSDN and Technet subscribers last week and, no doubt to Microsoft's satisfaction, demand was such that its servers initially buckled under the strain.

Meanwhile, the general public is now able to get their hands on it.

Truth be told, the beta was impressive enough, as can be judged by the fact that there are no fundamental changes from the beta just some relatively minor enhancements and a smattering of new features.

First up, is the Send Feedback' button to the left of the close icons has been removed. Microsoft said it received a huge amount of feedback from the millions that downloaded the beta, but if you haven't yet had your say, it's too late now the OS is now essentially locked down.

The main interface tweaks are subtle. The Aero Peek' feature that Microsoft has successfully introduced with Windows 7 has now been extended to Alt-Tab in the beta this was limited to thumbnails but now as each tab is selected the Window appears underneath the thumbnail, while all the others fade to outlines.

The Jump List a context menu that appears when you right click on task bar items, is one of those new features that seems such a natural addition that one looks for it when one goes back to Vista. The Control Panel Jump List has now been expanded to house recently included items while the icon has been changed to something more suitable.

Script fans will appreciate the presence of PowerShell in Windows 7 and the Jump List for that has also been improved, and now brings a quick method to load modules, launches the Integrated Script Environment and provides the ability to view documentation.

There have also been subtle but potentially very useful changes to Windows Explorer. Moving up the hierarchy to a parent folder is now easier, as even if the box is squeezed down due to lack of space, the parent folder remains in view in the address bar, with the name truncated if there's not much space. Using the beta, you needed to click the small arrow to see the parent folder and then click again too many clicks.

What's more, the very useful New folder' button is now available whatever the current selection is whereas previously nothing had to be selected for it to be available.

Work has also been done on the Touch interface too and now the multi-touch zoom features works in Windows Explorer making it possible to switch between icon views by touch.