Virgin Media has embarked on a 100 person-strong pilot of its 200Mbps broadband in Kent. 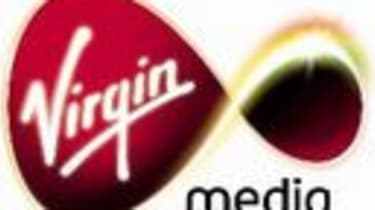 Virgin Media today announced that it has pressed the green button on a pilot of its ultrafast broadband in Kent.

The company claims that the 200Mbps broadband, four times faster than is currently available from the firm, is "the fastest implementation of DOCSIS3 technology in the world."

The trials began last week in Ashford and will be tested by 100 users who will later feedback to Virgin. The company plans on testing applications such as 3D and high definition content as well as video conferencing and surveillance.

"We're really excited to be embarking on this journey of discovery," said

Neil Berkett, Virgin Media's chief executive, in a statement. "With the only true next generation network in the UK, we're at the forefront of innovation and understanding when it comes to ultrafast broadband services and the 200Mb pilot will give us further insight into how true wideband' services might be used by consumers."

Less than two months ago, Berkett claimed that the company had such high capabilities but a spokesperson from Virgin said it had no plans to launch such fast speed internet connections as there was not a market for it.

These previous statements also coincided with BT's unveiling of plans to offer super-fast broadband at 40-60 Mbps.

A spokesperson from Virgin Media told IT PRO today: "This is a customer pilot and not a commercial launch. As such nothing has fundamentally changed since the end of March other than excitingly we are now testing far higher speeds to push the limits of what can be achieved."

They added: "The pilot will be running for at least six months before results are analysed to understand potential consumer usage and to assess the commercial viability of such ultrafast services. We are always planning for the future, indeed installing fibre optic cable in the first place all those years ago has allowed us to do this today."