A senior Symantec threat researcher doubts David Blunkett’s recent statement that London 2012 will be a target for terrorists. 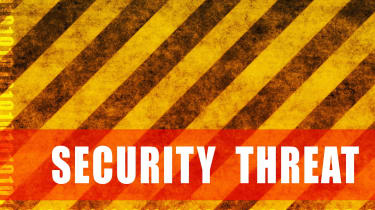 A senior Symantec threat researcher has disagreed with MP's David Blunkett's suggestion that there could be a severe cyber attack during the London Olympics of 2012.

Candid West said that it was certain that the London Olympics would be a target for cybercrime, but when it came to the risk of a larger scale terrorist attack, West questioned who would be motivated to do it and what they would accomplish.

"I definitely think there will be lots of scams going around trying to sell false tickets, get credit card information but that's not really a [severe] cyber crime attack," he said.

"I think that it would be possible [for terrorists to get involved], but I actually don't think it's going to happen."

However, West did say that the small-scale cyber attacks on the London Olympics would be worse than in Beijing, as criminals were spending more time and had more methods to find exploits which work.

"It might be that they may release a Bluetooth worm which spreads from mobile phone to mobile phone, which will probably bring down your GSM network," he added.

West was speaking at a roundtable held in South Africa examining the possible threats to large sporting events like World Cup 2010 and London 2012.

Symantec said that the excitement from sporting events like these always led to a spike of spam, such as piggy-backing or increased ticket demand through phishing attacks.