A former Olympic and World Cup IT director warns of the unique technology challenges that the London 2012 Olympics will face. 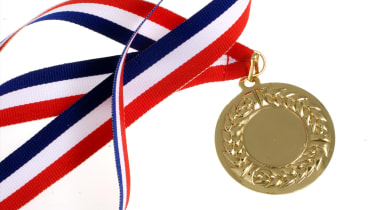 The London 2012 games will benefit from the lessons learned last year's Beijing Olympics, according to a former Olympic technology director.

Philip Verveer, a former International Olympic Committee (IOC) director of technology, said there would be a transfer of knowledge between Olympic committees and governments, meaning that London would not be starting "from scratch".

However, he made it clear holding such a big sporting event would be a great challenge, with next year's World Cup and the Olympics being the most visible sporting events in the world.

"Soccer interests everyone around the world, and so does the Olympics," he said.

Verveer, who was also the IT director of the 1998 World Cup, described the technical complexity of holding the games, due to the sheer number of events and venues that needed computer technology.

"To organise such events, you will need the technology behind the scenes everywhere," he said.

"You need the technology not only during the events, but during the preparation."

He quoted figures of the IT needed in Beijing, where it needed around 12,000 PCs networked and more than 1,100 servers.

Verveer said that although the Olympics was not the biggest IT project in the world, it has its very own unique challenges.

"You have to be ready on time, because you can't postpone the opening ceremony," he said. "Very often in IT projects you know you can postpone if you have problems, for weeks or years. This is not possible."

Verveer also said that there was a challenge when it came to the installation of the IT and its complex network of computers.

"You will have to install it in weeks, as very often the venues are not available to you. You also have to install computers in places where it is not done for that purpose," he added.

"Take the winter games for example, you have computers almost in the snow outside."

He added that for the London Olympics, computers would have to work properly from the first day with no possibility of explaining any problems to users, as the competition would finish in no more than a month.

Last week, ex-home secretary David Blunkett's offered his own opinion of the technology challenges that the Olympics will face.