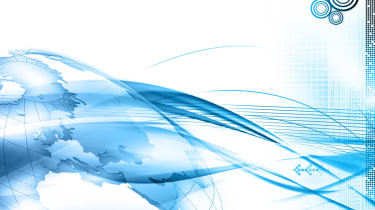 This week, ministers announced a recession fund of 4.4 billion, of which the UK stands to benefit to the tune of 265 million. The money,

which apparently has been left unspent in the EC's budget plans so far, will be used to benefit all member states.

In the UK, the money will be used to fund investment in energy projects and to provide broadband infrastructure in rural areas.

"Energy and broadband networks are both crucial to the future of the EU economy," ministers said in a statement.

"This allows us to get moving immediately on projects that will provide a welcome boost to the European economy and make a real contribution to giving Europe more energy security in the future," added Commission President Jos Manuel Barroso who announced the cash injection.

He added: "We need to learn the lessons of the recent gas crisis and invest heavily in energy. We also need to stimulate the European economy by providing information highways in rural communities. The Commission is committed to working together with Member States, all of whom will benefit from our proposed measures, in revitalising the EU economy through investment in these key areas."

In order to extend the coverage of high speed internet connections, the money will be used to target those areas of Europe that do not have access to broadband - so far. These rural communities are set to benefit to the tune of 1 billion.

"This money will be targeted via the existing EU's Rural Development Fund to cover the "white spots" on Europe's broadband map," explained ministers.

A total of 3.5 billion will be used for investment in carbon capture and storage, offshore wind projects, in addition to gas and electricity interconnection projects.