10 big internet names that have fallen

We run down the 10 big net players who didn’t make it. 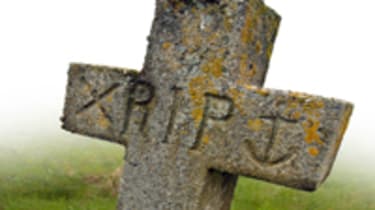 The closure of Geocities means another big internet name of yesteryear will be biting the dust. Here, it joins our list of 10 names that never made it in tact to where we are today

Yahoo's announcement that it's closing down its Geocities free web hosting service marks the end of the name that got many web page creators up and running.

Back in the 1990s, Geocities-hosted free sites for all - complete with some of the most cumbersome URLs on the planet and gave many the chance to practice their web coding skills. So popular was the service at one point that Yahoo snapped it up at the height of the dot com boom for $3.57 billion. That, it transpired, was not a wise move (although what was wiser was the decision to fund the purchase with stock).

Because then, Web 2.0 happened. Who needed Geocities when you could have Wordpress? Why faff with uploading pages when MySpace could do it all for you? In fact, for many, Geocities had fallen off the radar altogether.

The recent announcement, therefore, that Yahoo was ending the free hosting service was only a surprise because many didn't even realise it was still going. The service will be gone, however, by the end of the year

The poster child of the dot.com revolution, the online clothing store Boo.com burnt through over $130 million of capital funding in around 18 months, blowing it in quite a spectacular way. As is charted in the excellent book Boo Hoo (ISBN: 978-0099418375), it was a staggering tale of excess, with too much emphasis on having the best of everything (right down to a special Boo.com drink), and too little on the website, which launched late and with problems.

Ironically, the technology underpinning it was far ahead of its time, with many of the features we'd expect from modern day online clothing retailers. Back in 1999, though, it was just maddeningly slow, to the point of unworkable. As the dot.com boom came to an end, so Boo's business crashed, taking millions upon millions of dollars with it.

Was Netscape Navigator simply in the wrong place at the wrong time? Perhaps, but the once-popular web browser was trampled into the ground by the rampaging Internet Explorer, an icon for which Microsoft conveniently and questionably according to current legal wrangles bundled onto the desktop of its Windows operating system. How could the once paid-for Netscape compete?

Answer: it couldn't, and while AOL bought it up, there was no way back for the browser. It was quietly dropped in March of last year. The final version was 9.0.0.6, after which it went to the great recycle bin in the sky

The word portal' was bandied around business plans with alarming regularity in the late 1990s, but as it turned out, even a company the size of Disney couldn't magic one on its way to success. It set up its Go! network as a rival to the likes of Yahoo, Excite and Lycos, and managed to attract traffic through it.

But Disney, as did many others on a smaller scale, discovered that it was a flawed business model, and as the world moved away from portals to powerful search engines to find what it wanted online, the Go! project was quietly put to one side.

The name that played a significant part in jump-started home internet take-up in the UK, Freeserve was the first major internet service provider to abandon the monthly service charge and, as such, it quickly sliced up a large sector of the market.

By 2000, it had two million customers in what was still a market in relative infancy. Freeserve, though, was a product for the dial-up days, and it was bought up first by French firm Wanadoo, and then indirectly in 2006 by Orange.

The name, for all intents and purposes, has been dropped, having quite simply done its job at the time.