Can Google or Microsoft get any bigger?

With increased competition and regulatory attention, both Microsoft and Google may find that future growth is hard to come by... 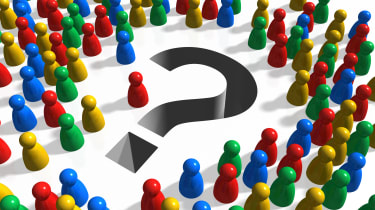 Last year, when there was the strongest hint that the US government regulators would investigate a potential deal between Yahoo and Google, the latter was swift in picking up its belongings and moving at speed in the other direction.

The plan had been for Google to provide its advertising services to Yahoo, to give the latter a much-needed extra revenue stream in the light of the collapsed proposed merger deal with Microsoft. But it wasn't to be.

Google's reaction was a fully understandable one. For the past decade, it's been building up its business with nowhere near the spotlight on it that a firm of the ilk of Microsoft attracts. Yet so dominant has it become in the internet search and advertising markets, that it for the first time was facing a real hint of a monopoly investigation into its business.

Granted, that's not what the specific investigation would have referred to, but it didn't take much to work out just where things could lead had Google carried on down that particular road.

Given the antitrust accusations that Microsoft has spent the last decade fending off as best as it can, that's something that Google was understandably keen to avoid. And as it didn't really need a deal with Yahoo to underpin its business, the deal was soon off.

But the underlying problem still remains, and that's that Google, along with Microsoft, is so large and so dominant in its sectors, that both firms are hitting a point where their potential for profitable growth is limited. And it's limited by two factors: firstly, the fact that there's a finite amount of market to grow into, and secondly, that the pair's every move is now being watched like a hawk, should either abuse their position in any way.

And this then begs the question: have both Microsoft and Google peaked? Are both of them as big now as they're ever going to get?

Certainly the pair of them own their key markets, and generate billions of dollars of revenue apiece every quarter. Microsoft, for the quarter ending March 2009 raked in $13.65 billion of revenue, whereas Google helped itself to $5.51 billion in the same period. As you'd expect, the main competitors for both are nowhere near that number, and the barriers to entry for competition against them remain significant.

Furthermore, both have experimented with and continue to expand into alternative business areas. They've had mixed results with that, too. Microsoft's attempt to muscle in on Apple's dominance of the digital music market, the Zune, is flailing, with still no sign of a UK release for the hardware a couple of years after it made its US bow. On the flip side, it's made a mark if not a profit in the games sector with its Xbox brand.

Google? Its Android operating system is gaining traction, even if its Chrome web browser is struggling right now to get much of a foothold in the market - although admittedly it's early days there.

Indeed, few of these experimentations into additional business areas are bringing in profit. The pair clearly have the financial clout to try pretty much any market they favour, but money clearly doesn't instantly buy success, and there's no guarantee of profits at the end, even if a project is rubber-stamped with a Microsoft or Google logo.

Thus, both firms are still hugely reliant on their core businesses: operating systems and search technologies - along with related advertising - respectably, and there's only so much the pair can grow them, especially given the current ferocity of the market.