Not everyone wants to fork out for flaghship handsets on expensive contracts. We take a look at the a phone further down the HTC foodchain - the Touch 3G. 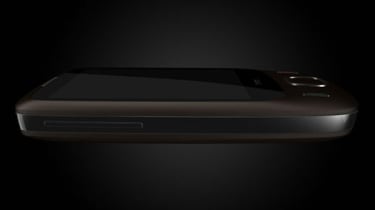 With a whole host of top-end HTC devices storming the market including the Touch Pro2 and Touch Diamond2, there isn't much space on the shelves left for the lower-end business devices. Enter the HTC touch 3G, a fully capable business device that features enough business cred to slot in between the flagship models.

The HTC Touch 3G is a very different looking device to the Touch Pro2 and Diamond2. The hardware and software design reverts back to the original HTC Touch, but this isn't necessarily a bad thing.

The homescreen comprises a sidebar for navigation with widgets you can scroll though with upwards or downwards strokes on the screen. Select one of these and you're presented with a sub folder. Gesture horizontally and you can cycle through the different sub-menus associated with each widget'.

It's simple to switch the HTC Touch 3G from normal (phone) mode to flight mode if you're a frequent flier just tap on the displayed operator. From this communications' screen, you can also change the status of Bluetooth, set up push email and turn the data connection on and off.

When composing emails, documents or text messages, you're presented with a number of different text entry methods. This includes the transcribe tool, which is the hardest to use unless you have super-neat handwriting, QWERTY, which is fiddly because the buttons are too small, or compact QWERTY, which takes time to get used to. There's also the more traditional keypad, which in our opinion is the easiest to use.

Windows isn't very well hidden under the HTC TouchFLO interface compared to newer TouchFLO 3D-based products. You still need to use the Windows Start menu to access the main menu, list of applications and most applications that haven't been touched by the HTC wand.

The HTC Touch 3G features the same Opera browser as recent HTC touchscreen mobiles, with an expand option to enter the URL. From the homescreen, you can access a search widget on the Orange branded version that we received so you can search for a term as you would on Google and Yahoo using Orange's search engine. From the search results, you can expand the screen once again to access the full opera browser.

A horizontal scrollbar appears on the screen so you can zoom in and out simply by swiping left on the screen. It may not be as intuitive as the iPhone's Safari browser, but it's still satisfactory to use.

The hardware is pretty basic compared to other HTC devices, but the HTC Touch 3G is designed to be a low-budget device.