The conversation has been re-opened again this week with the chief executive of EMC saying he was sure Oracle had bought Sun for its software alone. 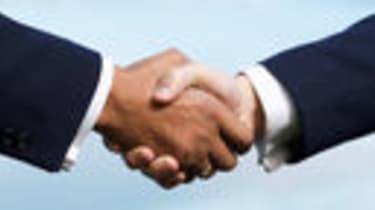 Oracle's motivations for buying Sun Microsystems have been questioned yet again, this time by the chief executive of EMC.

During a question and answer session with Joe Tucci at EMC World 2009 he was asked, alongside Paul Maritz, chief executive of VMware, what he thought of the acquisition.

Tucci replied: "Several companies, Oracle being one of them, are trying to go out and get a good software stack. I am confident that Oracle went after Sun for its software for sure."

He said that he thought Oracle was mostly after Java but was likely to also been keen on the Solaris operating system.

Maritz was a little more tactful in his response saying: "The short answer is it doesn't make that much change in the short term. We have a lot of our customers who use Oracle software and they will continue using it. Clearly the Sun and Oracle news will to some extent extend Sun's existence as an enterprise member."

Since the announcement of Oracle's acquisition of Sun for $7 billion (4.8 billion) in April the software/hardware debate has continued. Firstly Larry Ellison, chief executive of Oracle, said he would definitely be keeping Sun's hardware and its engineers but this was soon followed with a Sun filing showing it had initially turned down an offer from the firm because it was just after its software side.

Maritz was also asked what he thought of Oracle's most recent acquisition Virtual Iron a rival virtualisation software company. Here he was less polite.

Maritz said: "Virtual Iron was state of the art two or three years ago but has fallen behind to some extent. We view this as Oracle trying to come from behind and pick up crumbs as they go. Vsphere [VMware's product] puts us ahead."