The House of Lords has debated the funding Bletchley Park has received to keep it going. 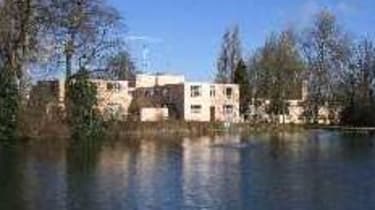 The government believes Bletchley Park is receiving enough funding already, according to a debate in the House of Lords.

Last year, the home to Britain's war-time code breaking efforts was at risk of closure, but some well-timed grants helped save it - for the time being, at least.

Baroness McIntosh raised the issue yesterday, asking if the Department for Culture, Media and Sport could find funds to help the computing heritage site out until it manages to be self-sufficient. "Visitor numbers are rising rapidly and the business plan for Bletchley Park shows that it will be self-sufficient once the capital works are completed," she argued.

"But it is suffering considerable difficulty in surviving in the interim between now and those works being completed," she added.

He also shrugged off suggestions the site should be given the same status as national museums, such as the Imperial War Museum. This was despite Davies agreeing with other peers, who said that the site "was of vital importance to what happened during the war and was the foundation of the entire computer industry in this country."

Strangely, the exchange also highlighted that several lords were born after their parents met while working at Bletchley Park, including McIntosh as well as Lord Clement-Jones and Lord Wallace. Lord Lea hopefully jokingly wondered if it was possible to make a Freedom of Information Act request into "the drug invented at Bletchley Park which enabled these people to clone their staff with such success in such a short period of time?"

Click here for a photo tour of Bletchley Park.