The time is right for cloud computing to develop for businesses, says Google. 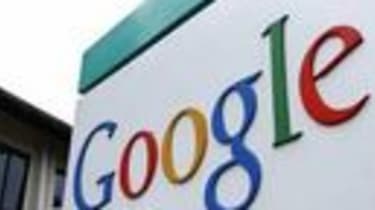 Google outlined its vision of cloud computing', focusing on business users using the collaborative tools they are used to in their non-working lives.

Dave Armstrong, Google Enterprise's head of product and marketing for EMEA, said that Google were well positioned to offer online consumer tools in the cloud that were better than tools employees often found in the workplace.

Talking at Cloud Expo Europe in London, Armstrong used the example of users sending documents to each other.

He claimed that it often got confusing as they were sent in different formats, which often needed to be converted back into a suitable format for a manager, without any errors.

Consumers were already used to Google Apps, but businesses could also use features such as Google Docs to edit documents without dealing with different versions.

He said: "There are some other things that are unique to cloud computing that we could never do in the past, just as we could never collaborate in that way."

Armstrong revealed two other features that Google was using, both internally and for its enterprise customers, which was made possible by the cloud.

One of them was video conferencing within the browser, which meant that users could communicate with each other simply with an internet connection and a webcam.

He said: "It's interesting because the president of Google Enterprise Dave Gerard was actually flying across the US on American Airlines a couple of days ago, and they now have Wi-Fi on their planes."

"He was able to do a video conference call through a browser on a laptop on a plane for a colleague down in California," he said.

The other feature was real-time translation through instant messaging in 41 different languages, which meant that real-time users could communicate with people from other countries, without needing to know the language.

He said: "It does overcome one of the challenges that we see in our global business, which is that English isn't the native tongue for everyone."

Armstrong also mentioned Gmail's new ability to translate emails into different languages, which he said was difficult to do simply using your own computer as it didn't have enough processing capability.