Microsoft, Apple and Google have all announced upgrades to their operating systems in recent months, but which makes for the biggest improvement? We pit them against each other in our three-way head-to-head. 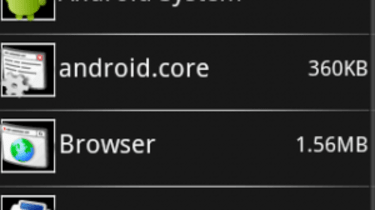 Probably the most useful application on iPhone OS 3.0 though for us, is Spotlight. Those that use a Mac will find it very similar to the computer-based application. It's a content-wide search tool so you can search your whole phone for a file, as long as the application the file was made with, or the application itself, has been written to support the new Spotlight. Fingers crossed developers will use this tool.

Although the Apple iPhone OS, like Google Android does include a whole host of improved applications and services, they are all things that should have been present from the start, or at least from the second version of firmware.

Windows has taken a completely different approach, by mainly concentrating on the cosmetics of Windows Mobile. To be fair, it was needed as the current Windows Mobile 6.1 looks like it was taken from land that smartphones forgot.

First and foremost, the homescreen has seen a makeover. This is good in one way, but it may go unnoticed as most manufacturers who create Windows Mobile devices have introduced their own skins to hide it.

The new homescreen works like a dashboard, with any new e-mails, texts, missed calls and calendar appointments all being displayed in a much more aesthetically pleasing way.

The interface has been optimised so it's easier to use your finger for navigation, which is one feature Windows has been lacking compared to other platforms such as iPhone and LG's proprietary system. For example, if you're in the home screen, you can easily scroll through applications and information by swiping up and down with your finger. When each is highlighted, you're presented with a dynamic second menu. To cycle through these options, simply swipe sideways.

The Start key is a key feature on all new Windows Mobile 6.5 devices. It'll take you onto a completely re-designed menu just like on a Windows PC.

Google, Apple and Microsoft have all announced very different updates to their OS’s, so it’s hard to say which is better per se.

Apple’s iPhone was already slick but its update is the most needed because it addresses features that surely should have been present in the first place. Windows Mobile 6.5 improves the look of the OS, and makes it easier to use but it’s still won’t bridge the gap with its two main competitors.

Google therefore takes the prize for the most improved OS, as it has significantly ironed out any glitches that it had with the first device, and with the new features, such as improved email and internet facilities it’s made it more friendly and appealing to use, especially for business users.